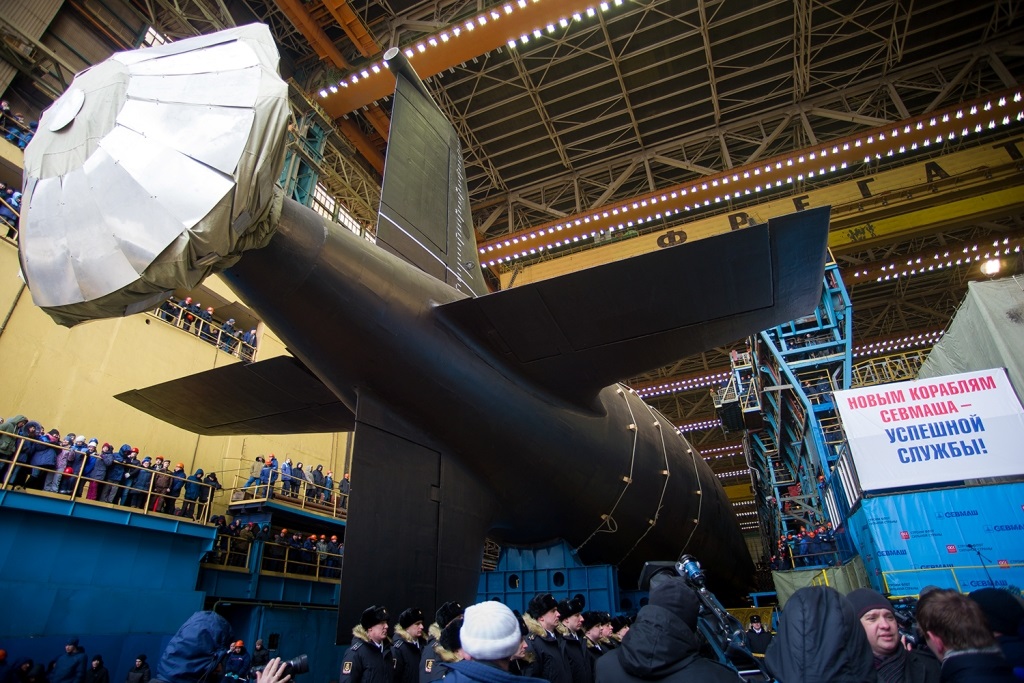 Photo: Ministry of Defence of the Russian Federation / Twitter

The Krasnoyarsk nuclear-powered submarine was launched at the Sevmash shipyard in Severodvinsk in northern Russia on Friday. The Project 885M Yasen-M craft is armed with Oniks and Kalibr cruise missiles, and potentially – Zircon hypersonic missiles.

There are already plans for this ship, the crew has been prepared. I am confident that the workers of the Sevmash will complete it within the stipulated timeframe,” Russian Navy Commander Adm. Nikolai Yevmoynov said at the ceremony.

Krasnoyarsk will be redirected in a few days to the yard’s wharf, where it will be added.

Yasen-M are fourth-generation strike nuclear submarines. The main unit of Project 885 Yasen, named Severodvinsk, entered the Russian Northern Fleet in 2014. 885-M is a modernised version. A ship of this type named Kazan entered service in May this year, and another – Novosibirsk – is expected to join the navy later this year.

A few days ago the Kazan vessel, which took part in the naval parade in Severodvinsk, sailed for exercises in the Barents Sea.

Work on the next ships of the 885-M project is underway at the shipyard in Severodvinsk. In addition to Krasnoyarsk, these vessels are: Arkhangelsk, Perm and Ulyanovsk. Last summer, construction of the seventh and eighth vessels of Project 885-M began: the Voronezh and Vladivostok. The head of the Sevmash plant, Mikhail Budnichenko, had previously announced that Voronezh and Vladivostok would be equipped with hypersonic weapons. 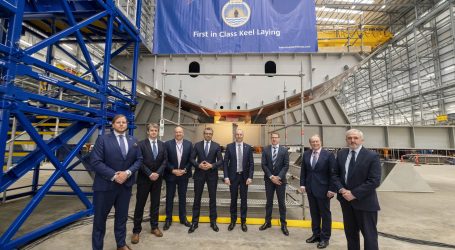 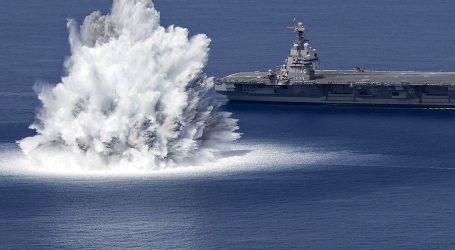 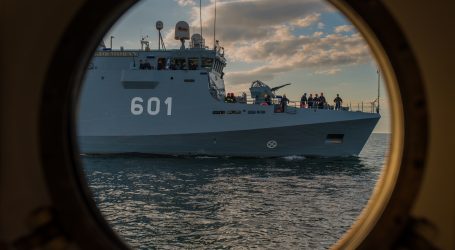