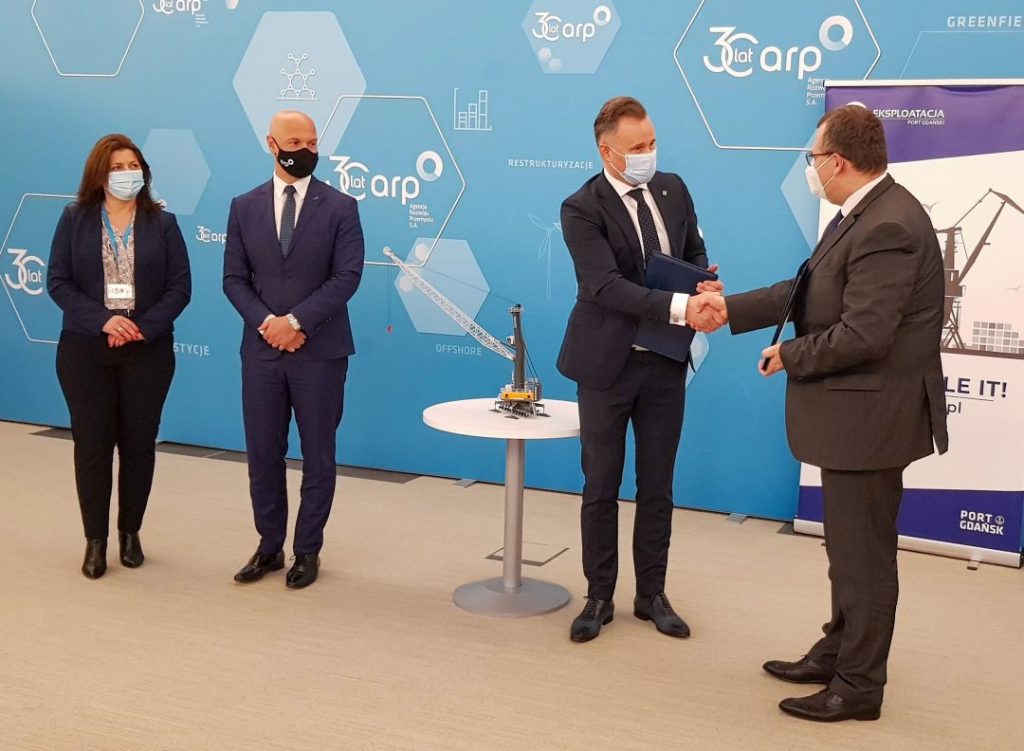 Liebherr LHM 550 is a new crane, the purchase of which was financed by the Industrial Development Agency will soon appear on the quays of the Port of Gdansk Mining Basin.

The handling equipment was purchased by Port Gdański Eksploatacja S.A. (PGE), the largest universal handling operator, operating on the quays of the inner part of the Port of Gdansk and the fourth largest operator in terms of throughput in the entire port area.

The modern crane is designed to handle both containers and bulk cargo. The new machine has a maximum lifting capacity of 125 tonnes and a maximum outreach of 48 m. The support spacing is 13.5 m.

PGE S.A. operates on an area of over 89 ha. It is an exceptionally attractive area with significant investment potential. Within the framework of a long-term lease agreement and operator agreements with Zarząd Morskiego Portu Gdańsk S.A., the company carries out throughput operations on quays located along the Martwa Wisła river, on both sides of the river – Wiślany Quay (12.1 ha), Szczeciński Quay (8.2 ha), Basen Górniczego Quays (68.9 ha). In addition, as part of operator activities, the company also operates at WOC I and WOC II Quay (14.2 ha), as well as Oliwa Quay (5.9 ha). The areas where PGE S.A. operates have been included in the largest investment programme implemented by ZMPG and co-financed with EU funds.

PGE handles transshipments mainly of: coal and coke, general cargo and timber, steel products, scrap metal, structures, machinery, vehicles and cars, and fertilisers. As of 2019, the company handled 559 vessels and transshipped a total of 3.2 million tonnes of cargo. In 2020, it recorded a 20 per cent year-on-year increase in transshipments, handling a total of 3.75 million tonnes. Its plans for this year are equally ambitious.

We are pleased with the investments of our contractors. We often emphasise that the port and its contractors are connected vessels, also in terms of the investments carried out, which must complement each other. They not only increase the handling potential of our operators, but also have an impact on the competitiveness of the entire port. The synergy effect that we achieve through investments of ZMPG S.A. and our contractors is our goal – explains Łukasz Greinke, CEO of the Port of Gdansk.

The next step to build competitiveness of PGE S.A. are investments in suprastructure. Recently the company has been actively investing. It has purchased, among others, two Volvo L260H loaders, a Liebherr LH40m longarm excavator, a Loco-tractor 9C 160 Orion to improve safety in terms of manoeuvring and fast movement between quays. The company has also upgraded further loading yards within the area covering the entire Mining Basin. And that is where the Liebherr LHM550 crane will go. The equipment will operate on the Ore Quay and the Dworzec Drzewny Quay. This will increase the reloading capacity. The increase in reloading capacity will free up the quay for a dozen or so days a month, which will make it possible to contract additional vessels.

These measures are a response to customer needs in terms of quality and speed of vessel handling at the quays, which in turn will result in higher operational capacity. It is important to take advantage of the current investment and operational trend to carry out the tasks we face in the near future, which we intend to do – asserts Radosław Stojek, President of PGE SA.

In March this year. In March this year, Port of Gdańsk Authority S.A. commenced the search for an investor for the PGE company. The procedure started with the announcement of an invitation to negotiate the sale of a full block of shares in the company. Potential investors interested in participating in negotiations have until 4 May 2021 to submit their responses.

Finding an investor for the land will enable an even more dynamic development of the Inner Port, which, despite the pandemic, ended 2020 with an increase of over 15 percent. 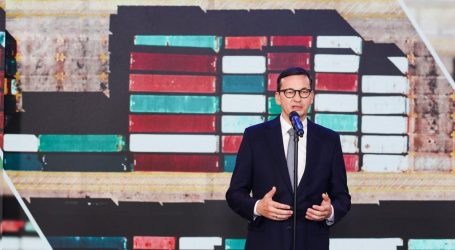 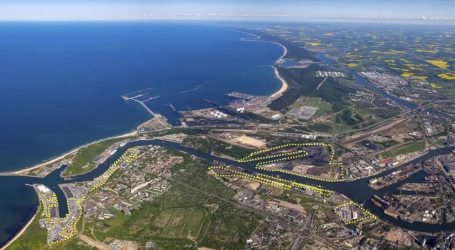 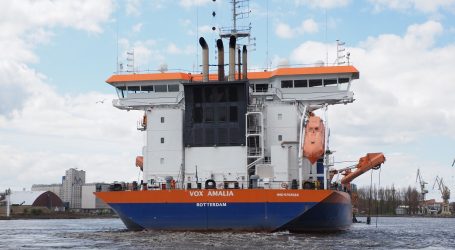