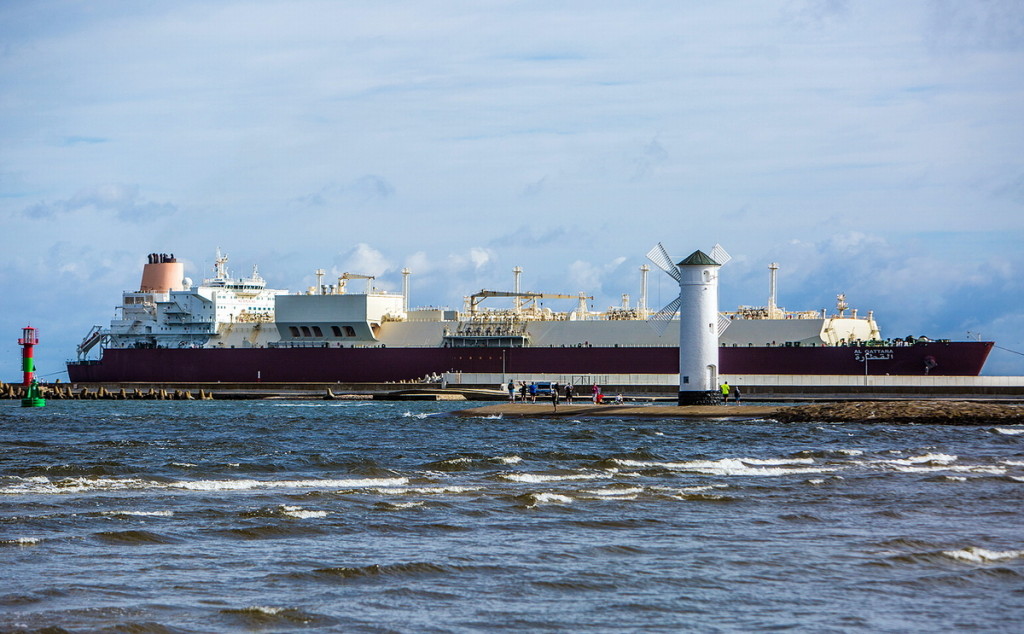 The Świnoujście authorities admit, that during holidays these over 300 m ships are a real attraction.

– Ships arriving at the gas port become quite an attraction in Świnoujście – said Piotr Piwowarczyk, President of the Tourist Organization in Świnoujście. – One can see them perfectly from the west breakwater situated near the main part of the beach, i.e. the Uznam Island. Maritime enthusiasts observe vessels from the light house in Świnoujście as well – the highest light house on the Polish sea-coast where one can admire a beautiful view on the LNG Terminal and almost whole Pomeranian Bay – he added.

The Al Gattara is the sixth ship with LNG. The load of the first two deliveries was intended for the cooling down and launch of the installation. The next ones were commercial deliveries, including one which was ordered based on the spot conditions, i.e. contracted under the terms and conditions specified in the short-term regasification contract.

The Al Gattara, built by Hyundai Heavy Industries and owned by a joint venture between Qatar Gas Transport Company (Nakilat) and OSG, from which Qatargas charters the vessel, is one of the largest LNG vessels in the world.

With a cargo-carrying capacity of 216,200 m3, this Q-Flex designed gas giant carries 40 per cent more cargo than the largest conventional LNG carriers able to carry 150,000 m3 of liquefied gas. The ship has a length overall of 315 m, breadth of 50 m, depth of 27 m with a summer draft of 12,5 m. It’s one of more that 30 Q-Flex gas carriers ordered from the three Korean yards – Samsung Heavy Industries, Daewoo Shipbuilding & Marine Engineering, and Hyundai – to export LNG from Qatar.

But size is not all, since the Al Gattara represents a step change in LNG carrier construction and technology. Thanks to innovative solutions applied, the vessel was listed on the prestigious “Significant ships of 2007” annual publication released by RINA, providing an invaluable reference source to some of the very best in today’s ship design and construction.

Innovation includes propulsion by two licence-built MAN-B&W 25,320 BHP slow-speed diesels driving twin shafts/propellers (with two rudders independent of each other) with a 19,5 knot service speed. The twin propulsion system is a major departure from conventional LNG carrier design. Each engine drives a fixed pitch propeller served by its own rudder. The system thus provides excellent manoeuvring capabilities in confined waters.

The Al Gattara is also among the first LNG carriers equipped with a re-liquefaction system, which allows for return the inevitable boil-off gas back into the cargo tanks for eventual discharge ashore.

The ship is operated by 28 crew members. And, what is more, as far as we know at least the ship’s Master and Chief Officer are Poles. The Al Gattara along with a fleet of LNG new buildings carries LNG from the State of Qatar’s North Field (said to have about 15 per cent of the world’s proven natural gas reserves) to markets around the world.

The LNG delivered to the abovementioned terminal undergoes the regasification process, i.e. a process of changing the liquid form to a gaseous form, and then transported to the national transmission system in the quantity of more than 126 million of cubic metres of natural gas. Upon being controlled at the measurement station, the gas is directed straight to the Świnoujście-Szczecin pipeline, from where it is subsequently transferred to the rest of the Gaz-System SA transmission infrastructure, and then, to customers.

Below: a video showing the Al Gattara calling at the Polish LNG terminal: 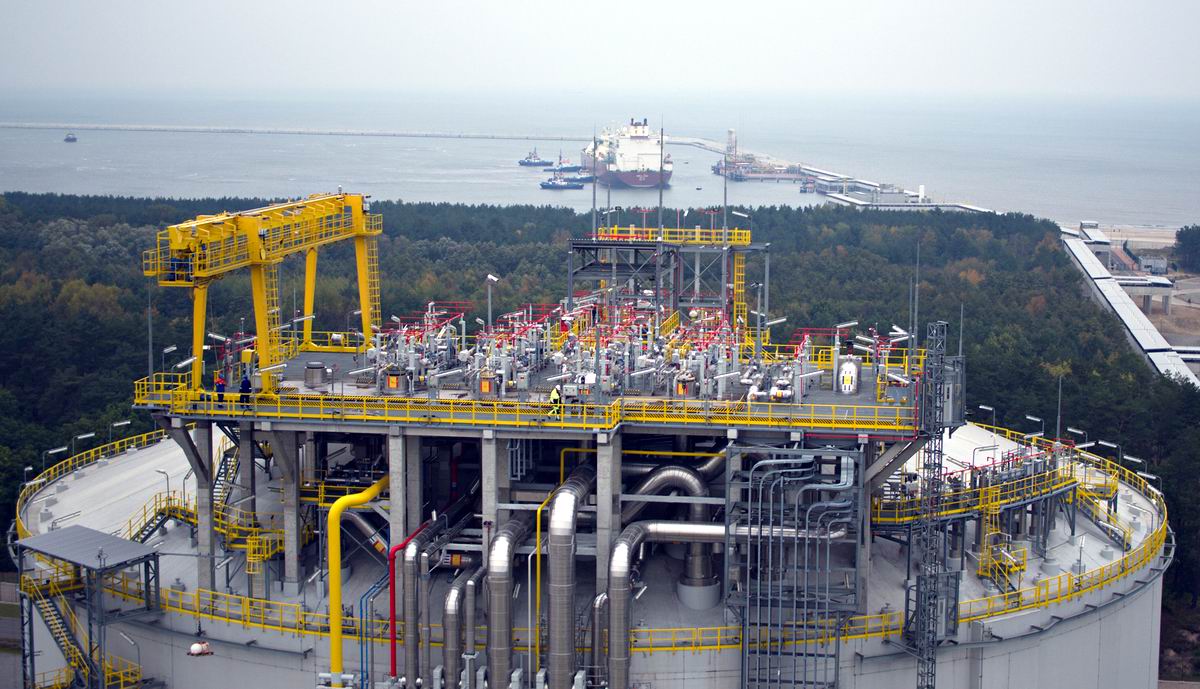 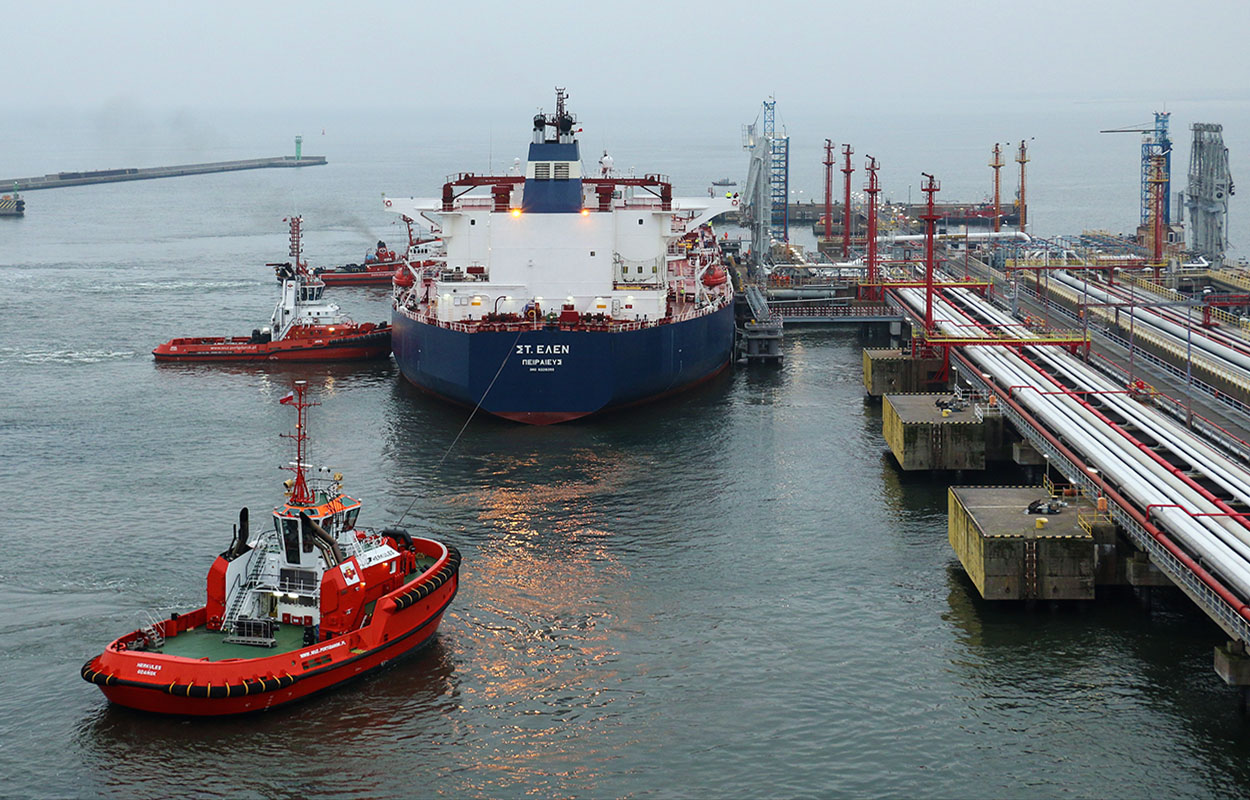