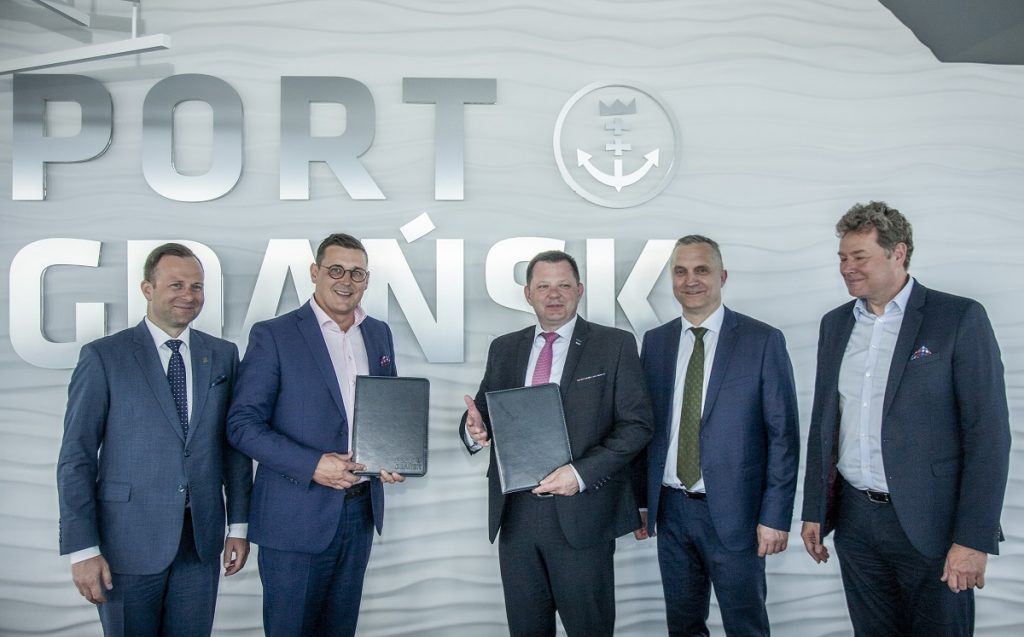 Representatives of the Port of Gdańsk Authority and Gdańsk Shipyard signed a letter of intent. The shipyard is interested in investing in production areas in the Central Port. The Central Port will be one of the largest and most modern maritime investments in Europe.

On over 400 hectares of landed land, deep water terminals will be built, including container, groupage, passenger and LNG terminals. In May, ZMPG presented a ready-made concept for the development of new infrastructure. Among the spaces of the Central Port there are also areas intended for the shipbuilding industry.

Gdańsk Shipyard wants to take advantage of these opportunities.

– For many months we have been conducting intensive talks with potential partners who would like to locate their business in the Central Port. We are meeting with the largest representatives of the maritime and logistics industry in the world. The letter of intent signed with Gdańsk Shipyard shows that serious entrepreneurs from Poland are also interested in our offer – explains Łukasz Greinke, President of ZMPG.

The port of Gdansk is currently the 4th largest port on the Baltic Sea.

It took the place in this ranking thanks to record-breaking transhipments – in 2018 over 49 million tons of goods passed through Gdańsk terminals and wharfs. The construction of the Central Port is expected to double the annual reloading.

– The strategy of the Gdańsk Shipyard, Baltic Operator and GSG Towers companies assumes diversification of production, which protects us against short-term fluctuations in market demand. Taking into account the involvement of Grupa Stoczniowa in the execution of an increasing number of contracts in the shipbuilding industry (original spelling from the official announcement of Gdańsk Shipyard and ZMP Gdańsk), offshore, wind energy or infrastructural structures, and taking into account the planned investments, we expect that over the next decade the production areas on Ostrów Island that we have at our disposal may prove to be insufficient, therefore we have noted with interest ZMPG’s plans to include in the Central Port project the space planned for shipbuilding production – states Wojciech Peret, President of the Management Board of Gdańsk Shipyard, Baltic Operator and GSG Towers.

The Central Port will cover about 1400 ha of water and 410 ha of landed area.