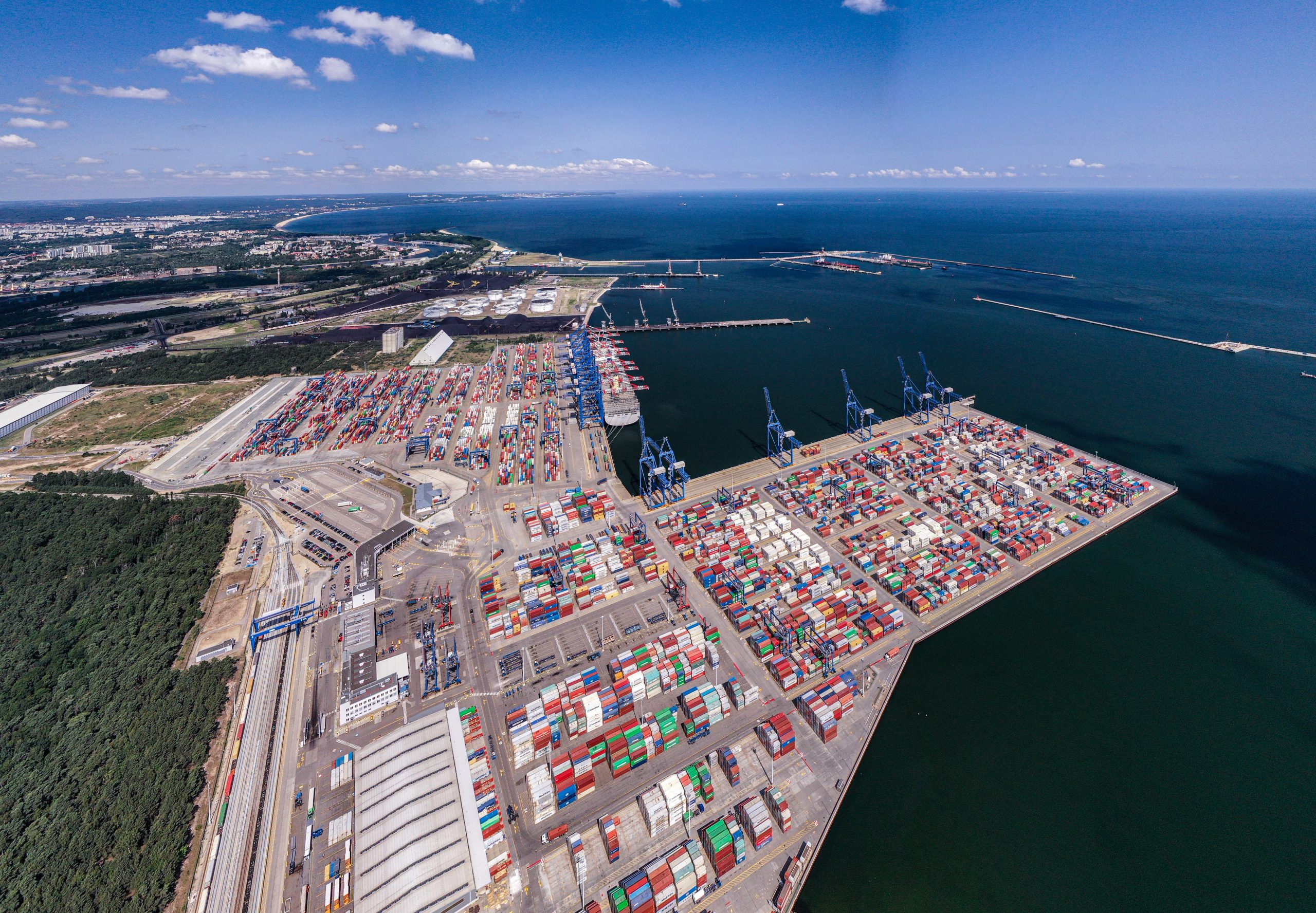 The Port of Gdansk will handle 53.2 million tonnes of goods in 2021, which represents an 11 per cent increase and is also the highest handling result ever. Considering that it is the fastest growing port in Europe of the last decade, further ongoing and planned investments will certainly bring it to new volumes.

– We have very high aspirations, we want to be one of the biggest ports in Europe, we are interested in a place in the top ten. For now, we have risen to 18th position in Europe, we are still on the Baltic podium – we are third in total transshipments. I am convinced that our next investments, which will be carried out soon, will introduce the port of Gdansk to new volumes – assures Łukasz Greinke, CEO of the Port of Gdansk.

Before we move on to the investment plans of one of the largest Baltic ports, it is worth mentioning the continuation of two important undertakings. It concerns the project “Expansion and modernisation of the nodes of the base network in the scope of road and railway infrastructure in the area of the Industrial Quay”, which began in 2021. The scope of this investment includes, among others, the reconstruction of the railway and road system between the Industrial Wharf and Ku Ujsciu Street and between Chemików Street and the ferry crossing abutment in Bosman Street over the Kaszubski Channel.

– The key to increasing transhipments are infrastructure investments that we are currently implementing. This investment will contribute to increasing the potential and handling capacity of our port. All operations will run more efficiently, safety will also be improved – explained the president of the Port of Gdansk in September last year.

The task, estimated at a total amount of almost PLN 66.5 million, will be completed in 2023.

In the current year, the construction of an internal access road will be completed, together with a stormwater drainage system and land development in the Northern Port. The road will be adapted to heavy traffic, have six exits to the neighbouring properties, a one-sided pavement and lighting. The neighbouring properties will be equipped with utilities and a storm water drainage system allowing the removal of rainwater from the so far undeveloped areas of the Northern Port, located along Kontenerowa and Nowa Portowa streets. The cost is PLN 11 million.

The Port of Gdansk is also modernising the electronic security systems of the key areas of the Port of Gdansk Authority S.A. The following systems are being replaced: video monitoring, intrusion detection, access control, fire alarm, guard control and surveillance. This will create an integrated security system. The works will end in 2025 and will cost a total of PLN 33.7 million.

Investment plans for the coming years

The Port of Gdansk has aspirations to become one of the largest ports in Europe. The result it achieved last year is optimistic, but not so satisfactory as to rest on its laurels. This is why future investment plans are so important, as Anna Drozd, the Port of Gdansk spokeswoman, informed us.

– We have submitted an application to the CEF 2 instrument for co-financing of the project entitled ‘Improving access to the Port of Gdansk – modernization of the waterway 2’. Within the framework of the undertaking, it is planned to expand four quays (Rudowe III, Bytomskie, Wiślane and Węglowe Stage I), together with the railway infrastructure, located along the Port Channel, with a total length of nearly 1916 m. Completion of the project appraisal process by CINEA (European Climate, Infrastructure and Environment Executive Agency) is expected in June 2022. The total value of the project is PLN 533 million, of which the subsidy amounting to 85 percent of the costs constitutes just over PLN 453 million – says Anna Drozd.

After reconstruction the Bytomsk quay will function as a universal quay. The expansion is planned on a section of about 204 meters in length. It is related to the adjustment of the existing coastline to the planned vessel traffic in the Port Channel and within the Main Port Rotary.

The expansion of another quay – Ore Quay III – is intended to create a universal loading berth adapted to handling full-load ships of 35,000 DWT and part-load ships of 100,000 DWT. As part of the task, a 232 m long section and an 18 m long section of the Administration Quay will be reconstructed. Apart from the hydro-technical structures, the following items will also be reconstructed: electrical and water supply networks, linear drainage and storm water drainage of the quay and access to the quay. The course of the railway tracks will also be corrected. The quay will be adapted for handling with the LHM550 and Mantsinen 300 self-propelled units. The construction works are planned to be carried out in the period January 2023. – December 2024.

The next task is the rebuilding of a section of approximately 918 m of the Vistula Quay. The works will consist of building a new quay slab, supported by a new sheet pile wall and a new pile system. Dredging work will be carried out on the quay. This will increase the permissible values of operational parameters (including the depth of the port channel at the quay to 12 m. In addition, the necessary elements of the land development network and the modernisation of the rail track system at the quay are to be carried out. Implementation is planned for the period December 2023 – December 2026.

The first stage of the redevelopment of the Coal Quay covers a section of approximately 540 m in length. This project envisages the construction of several loading berths. The implementation of this investment is planned for the period June 2024. – December 2026 – lists Anna Drozd.

– Port of Gdansk Authority SA is also preparing to implement several important investment tasks in the coming years, which are currently at different stages of advancement, from conceptual work to design work. The most important of these are: modernisation of line II of Oliwski Quay and Ziółkowski Quay, reconstruction of line II of Obrońców Poczty Polskiej Quay, construction of a mooring and fendering dhow – extension of Obrońców Poczty Polskiej Quay towards Wisłoujście Fortress, reconstruction of the road and railway system along ul. Chodackiego – Nabrzeże Wiślane, communication of investment areas in the External Port, development of land for the construction of a car park and its communication with the newly constructed road system, concept of road and rail system along ul. Chodackiego – Wiślane Quay, extension of the Coal Quay – stage II and of the Administrative Quay, improvement of railway communication of areas designated as 35 and 45 located within the administrative borders of the Port of Gdansk Authority – the spokeswoman of the Port of Gdansk enumerates, adding that the key to the development of the port are the investments of the contractors.

At the end of October last year, the Port of Gdansk announced a tender for the long-term lease of Deepwater, a developed land property with a total area of over 27 ha. The site is located directly at the Ore Pier in the Northern Port. This is a very attractive plot. It is located in the deepwater part of the port. Offers were submitted by two companies: CM Partner A/S based in Copenhagen, a company belonging to Copenhagen Merchants Holding A/S, which deals with logistics, transport and is also the operator of several bulk terminals, including in the Port of Gdansk (Gdansk Bulk Terminal) and DCT Gdansk, which runs a container terminal next door. Now the commission is verifying the documents.

– Currently, an investor is being sought for Port Gdański Eksploatacja S.A. Last year, ZMPG decided to sell a full package of shares in the company it owns. It is currently one of the largest operator companies, providing services in the field of reloading and storage of goods in international trade. The company operates on more than 89 ha in the Inner Port. It is the fourth largest operator in terms of transshipment in the entire port area. Seven companies are interested in buying the company. These are both national entities, companies based in the European Union, as well as entities from outside the European Economic Area – says Anna Drozd. 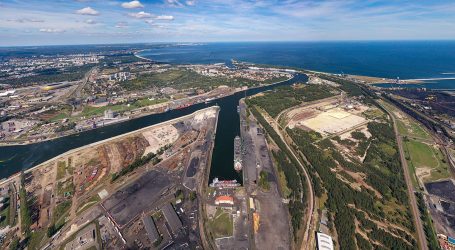 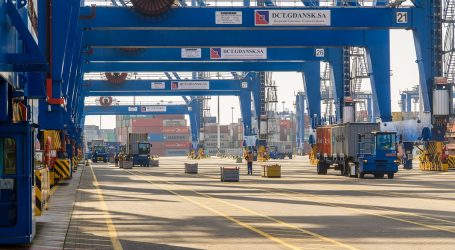 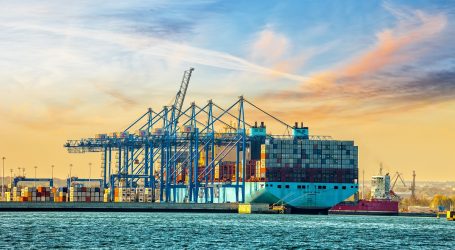