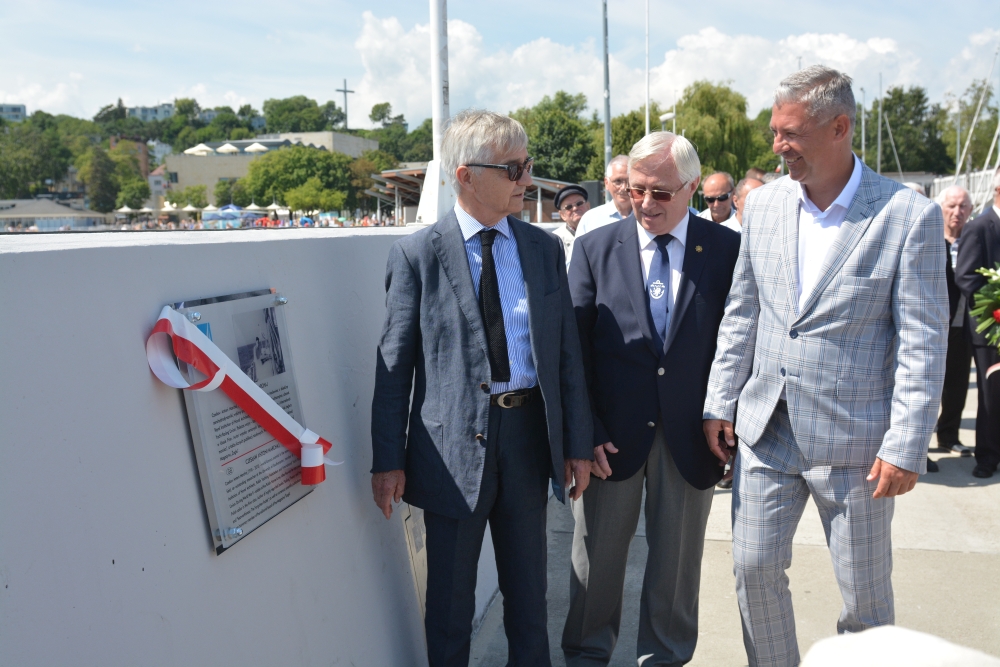 Crowds of friends and co-workers, sailors and residents of the Tri-City participated in the unveiling of the Czesław Marchaj board in the Polish Sailing Avenue in Gdynia on Friday, July 19.

Few people had such an influence on the face of Polish sailing as Czesław Marchaj. On the books and articles of this outstanding scientist in the field of aero- and hydrodynamics, whole generations were brought up. Czesław Marchaj was also a distinguished Finn sailor and an activist associated with the Polish Sailing Association and the International Yacht Racing Union.

– He was quite a difficult man, but a good father,” says Marcin Marchaj. – He influenced my interests – at the beginning I sailed, among others, for four years I was in the national team in the Cadet class, and when my father at the age of 80 returned to gliding, I also learned how to fly.

On Friday, July 19, at 12 noon in the Polish Sailing Avenue

The ceremony was hosted by Waldemar Heflich, editor-in-chief of “Żagle” magazine,

of which Czesław Marchaj had been a correspondent since 1965.

– Czesław Marchaj was on the committee explaining the reasons for the tragedy in the Fastnet 79 regatta, in which several sailors died,” says Bogusław Witkowski. – His sailing and scientific experience resulted in the improvement of the regulations. Czesław Marchaj’s merit in the fight for safety is therefore extremely high.

The board was unveiled by Marcin Marchaj, Tomasz Chamera and Bogusław Witkowski.

– Professor Czesław Marchaj was underestimated in Poland for years and was better known abroad – explains Tomasz Chamera. – I am glad that in recent years his achievements have been recalled, and today’s ceremony is undoubtedly a tribute, which we owe for his achievements.

After the ceremony, the participants went to the headquarters of the Pomeranian Sailing Association for an integration meeting. In addition to sweet treats, they also had the opportunity to see an exhibition of paintings by Jerzy J. Tyszka “Winged dreams”. It was also an opportunity to present the distinguished journalist Bohdan Sienkiewicz with the Medal for Special Merits for Pomeranian Sailing.