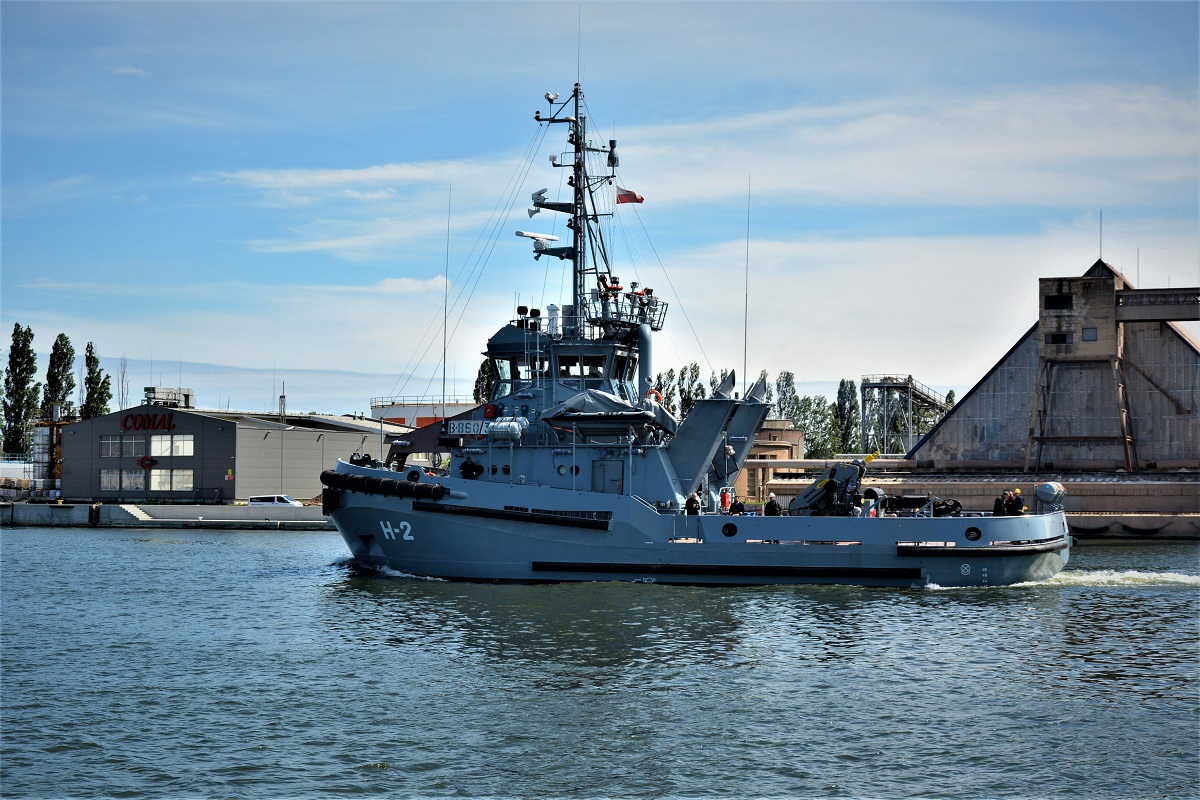 Yesterday the third of a series of six multi-purpose tugboats built for the Polish Navy came out of Remontowa Shipbuilding SA from Remontowa Holding capital group for sea trials.

Unit H-2 Mieszko will pass the Sea Acceptance Test (SAT), which will be aimed at checking the ship’s systems and equipment for compliance of the tugboat with the requirements of the contract and the Polish Register of Shipping Classifier (Polski Rejestr Statków SA) with the requirements necessary to obtain a proper class of vessel. The Sea Acceptance Test will take approximately one week.

The first two vessels from the contracted six – ‘Bolko’ and Gniewko – were handed over to the Ordering Party at the beginning of this year, the fourth – ‘Semko’ is currently at an advanced stage of equipping, the fifth – ‘Leszko’was ceremonially launched last week, and the sixth – ‘Przemko’ is being prepared for launching.

The B860 tugboats are characterized by contract displacement of 490 tons and the capacity to carry 4 tons of cargo. The units are designed to perform logistic support tasks at sea and in ports, as well as for activities related to technical evacuation, support of rescue operations, transport of people and supplies, neutralization of pollution and taking hazardous materials from water.