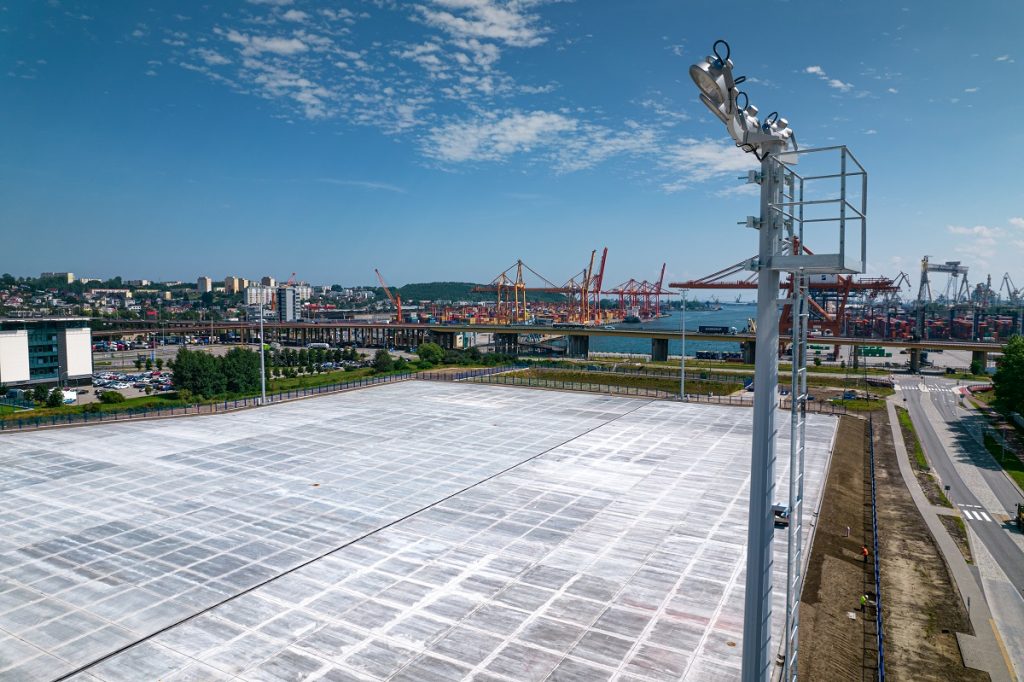 Working 24 hours a day, a concrete batching plant on site and combining various technologies – this is one of the reasons why three hectares of manoeuvring and storage yards in the Port of Gdynia are already ready for use. If it continues, the surface of the yards with a total area of 18 ha will be completed still this year.

The scope of our works includes the construction of two concrete-surfaced yards with a total area of 180,000 m2. At present, the state of the works progress is such that the foundations have been completed in 100 per cent and the surfaces in 50 per cent,” says Przemysław Młynarczyk, the site manager of NDI, the general contractor for this investment. – We still have some paving and surfacing work to do, and finishing works such as humus laying and fencing.

The investor is satisfied with such a quick progress of the works and will soon be able to use the new space, which in turn will allow further development of the Port of Gdynia.

We are pleased that in the period of about half the time for the implementation of this project, the general contractor gives us the use of the first, three-hectare part, thus significantly exceeding the schedule. As a result, we will soon be able to offer these yards to our clients, increasing the company’s revenue – says Jacek Sadaj, President of the Port of Gdynia Authority SA. – Gdynia is part of the trans-European transport network, therefore we put great emphasis on the development of intermodal connections, which will be implemented in this part of the port.

The squares being built at Logistyczna Street are of concrete construction. They are 45 centimetres thick.

They have a load capacity of 20 tonnes per square metre, which allows for storing containers up to the height of six layers and large-size cargo – says Małgorzata Kalaczyńska, Technical Director of the Port of Gdynia SA.

The surface of the square is laid in one layer, made of fibre-reinforced concrete. Additionally, the concrete slabs are dowelled in all directions. Although the investment is going extremely smoothly, it is by no means the easiest one.

The biggest challenge, apart from ensuring a continuous supply of material to produce 80,000 cubic metres of concrete in such a short time, is the weather. Concrete paving requires a high technological regime to be maintained,” stresses Sylwia Rogall, NDI Project Director.

She adds that the progress of the works is so fast thanks to 24-hour work, setting up of the concrete batching plant on the construction site and combining various paving technologies.

According to the contractor, if the current pace of works is maintained, all the surface works on the 18 hectares of storage yards will be completed this year.
As part of the construction of yard no. 1, linear drainage and the reconstruction and construction of underground and above-ground utilities were also carried out, i.e. the construction of a rainwater drainage system with a retention reservoir, sanitary sewage system, water supply system, as well as electrical and telecommunications works.

The following work remains to be done: erecting a fence, building platforms for cooling containers and a fire water pumping station.

A similar scope of works concerns square no. 2. Additionally, access roads will have to be built from Logistyczna street.

The value of the works included in the contract is approx. PLN 70.7 million net.

The storage yards in the logistics centre at the back of the Port of Gdynia are the last undeveloped land owned by the Company. 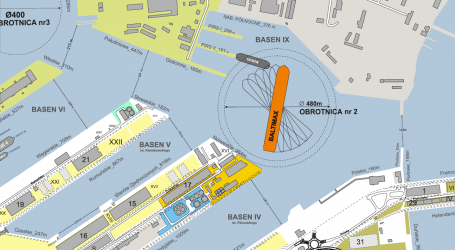 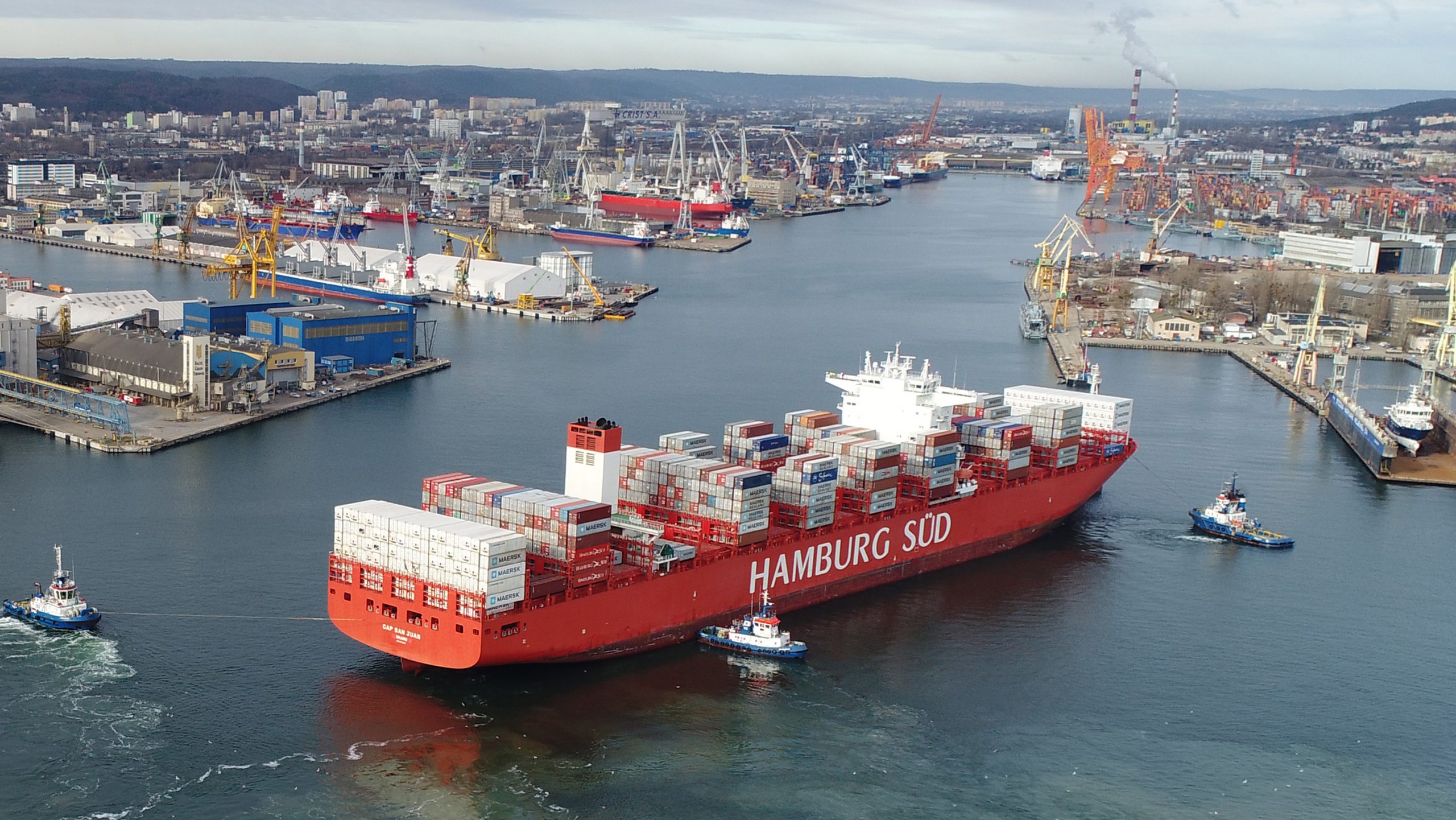 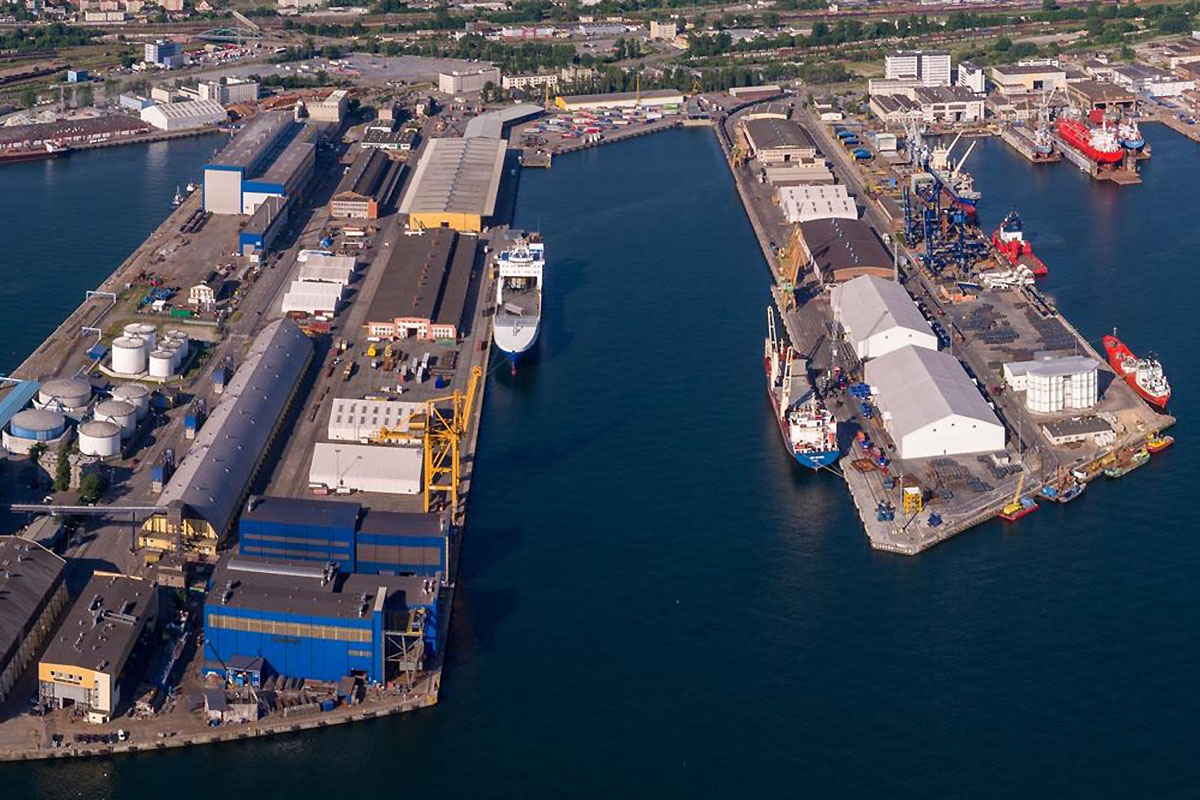