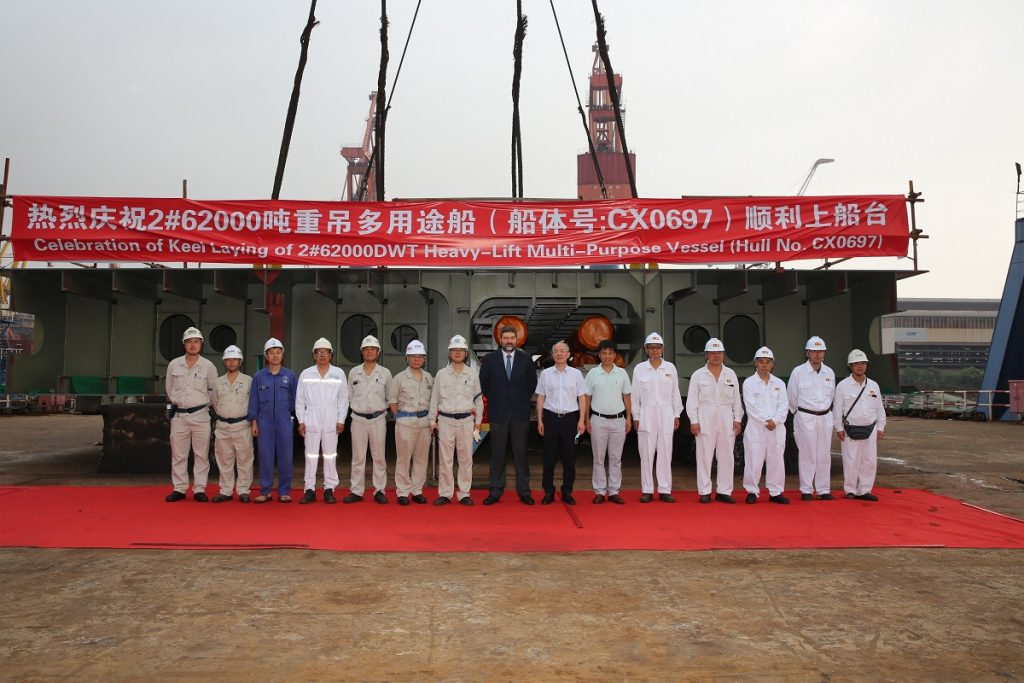 The keel for another vessel ordered by Chipolbrok was laid at the Chengxi Shipyard Co., Ltd. in Jiangyin on Thursday, 29 July. The event was attended by representatives of the shipowner and the two classification societies overseeing the dual-class construction PRS and DNV.

A total of four vessels fulfilling the functions of a container ship were ordered. The handover of the vessels built under PRS supervision is scheduled for the end of 2022.

For the Chengxi shipyard, this is the first order for multi-purpose vessels designed to carry special, heavy and bulky cargoes.