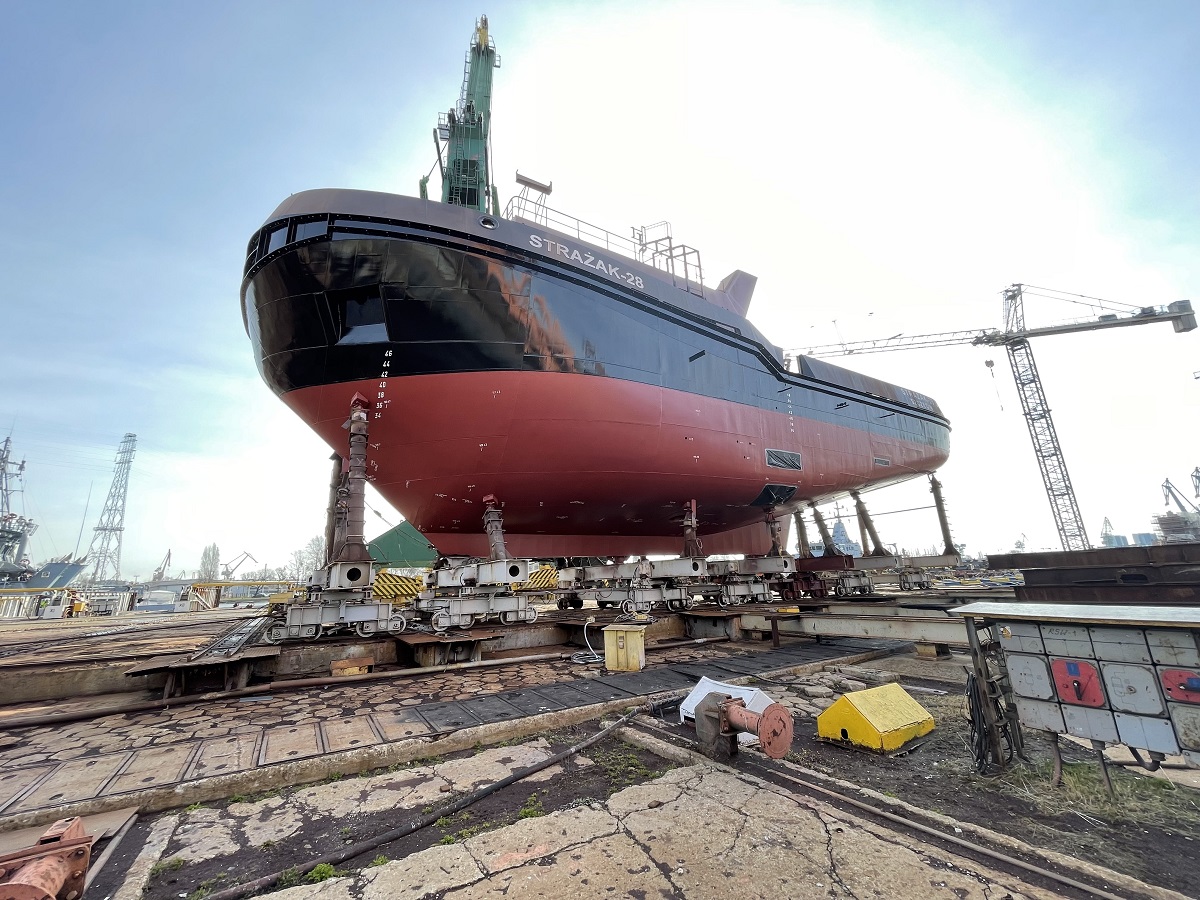 The newly built firefighting vessel Strażak-28 has just left the hall of Remontowa Shipbuilding SA. Later this year it will join the fleet of vessels at Szczecin and Świnoujście Seaports Authority SA. In the nearest future, the hull of the vessel will be assembled with the superstructure.

The vessel will ensure fire safety in the seaports of Szczecin, Police and Świnoujście and assistance to ships carrying dangerous cargo (the vessel will be adapted, among other things, to fight fires on LNG tankers). 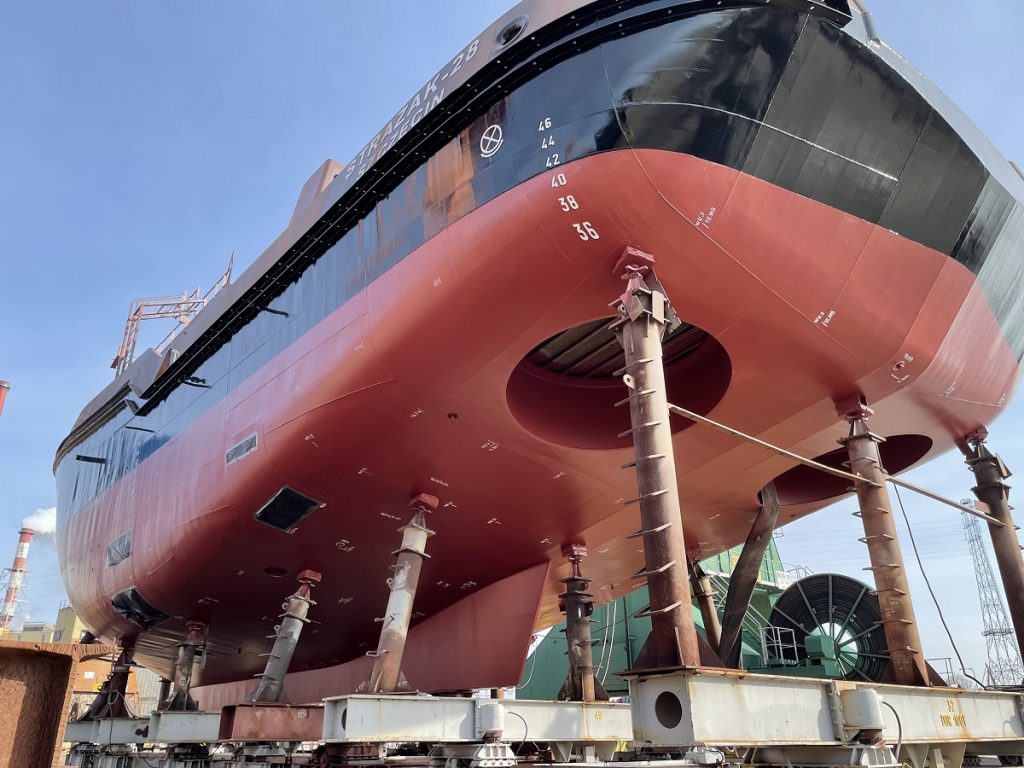 The project entitled “Purchase of a fire-fighting vessel for the Szczecin and Świnoujście Seaports Authority” is co-financed by the European Union from the Cohesion Fund under the Operational Programme Infrastructure and Environment. The value of the project is approximately PLN 40.6 million. Co-financing from the European Union approx. 34.5 million PLN. Implementation period: 28.04.2021 r. – 30.10.2022 r.

The project is part of a complex project co-financed by the EU funds under the measure of the Operational Programme Infrastructure and Environment 2014-2020: 3.2 Development of maritime transport, inland waterways and multimodal connections. Priority axis III Development of the TEN-T road network and multimodal transport. 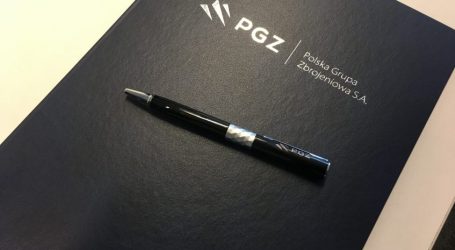