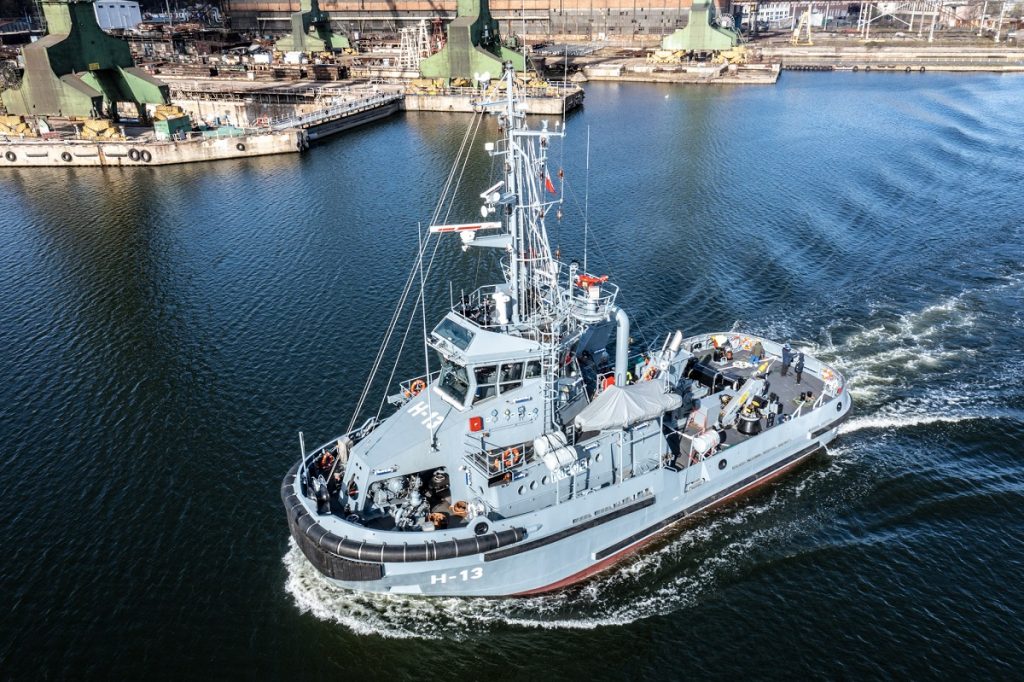 H-13 Przemko is the last of a series of six tugboats of B860 design being built at Remontowa Shipbuilding SA shipyard for the Polish Navy. On Monday, 26 April, sea trials of the vessel began, after which it will be handed over to the Ordering Party.

During the SAT (Sea Acceptance Test), which lasts several days, the ship’s systems and equipment will be checked. The tests will be carried out in accordance with the contract and the requirements of the classifier, i.e. the Polish Register of Shipping.

In May, the vessel is to undergo acceptance tests.

After the completion of all formalities, in the second half of May this year. H-13 Przemko will become part of the 12th minesweeper squadron and will serve in the 8th Coastal Defence Flotilla in Świnoujście together with H-11 Bolko and H-12 Semko.

H-13 Przemko is the last in a series of six tugboats being built for the Polish Navy under a contract signed with the Armament Inspectorate in June 2017. Five support vessels out of the contracted six – H-12 Semko, H-11 Bolko, H-1 Gniewko, H-2 Mieszko and H-3 Leszko have already been delivered to the Ordering Party.

The tugboats of the B860 project are intended to perform logistic support tasks at sea and in ports, as well as to carry out activities related to technical evacuation, support of rescue operations, transport of persons and supplies, neutralization of pollution and taking hazardous materials out of the water. The ice class of the tugs will allow them to operate in heavy ice conditions assisted by icebreakers. The vessels have the ability to transport general cargo of up to 4.0 tonnes on the open deck. For towing works the unit is equipped with towing lifts with a towing capacity of up to 35 t. 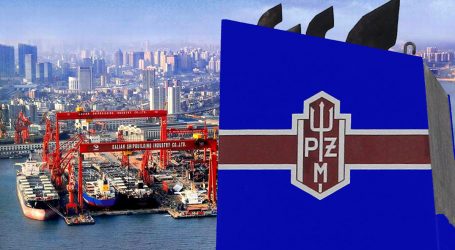