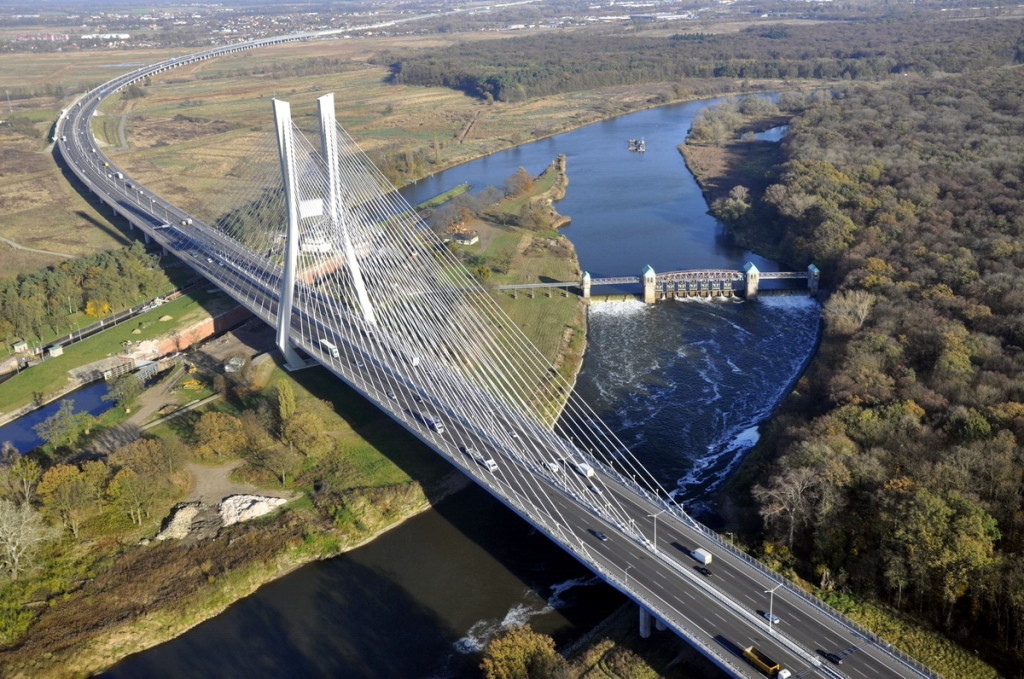 The investments on the Oder river, where works eliminating bottlenecks will soon begin, are the government’s priority. The implementation of the government program is to benefit the entire economy – developing river transport, and with it this branch of industry, and improving flood safety. Navigability of the rivers will be restored by 2030, which in total is estimated to cost 70 billion zlotys (roughly 17,5 billion EUR).

– We begin activities within the framework of the Operational Programme Infrastructure and Environment and proceed to the liquidation of the so-called bottlenecks on the Oder – Jerzy Materna, a deputy minister of Maritime Economy and Inland Navigation, told the Newseria Business agency. – By the year 2019 we want to have restored the navigability. As a result of these investments the Oder will not yet obtain the highest class 4th navigability but barges will already be able to navigate regularly.

In mid-June this year the government adopted the guidelines for the development plans of inland waterways in Poland. According to them reaching navigability of rivers of Poland by the year 2030 will cost over 70 billion zlotys. For the initial stage, about PLN 1 billion has been appropriated by the European Union. The deputy minister stresses that there is a chance for additional funds.

According to the adopted document, by the year 2030 the Oder along its entire length and Vistula (the section from Warsaw to Gdansk) are to obtain the status of international shipping routes. Implementation of the program has been divided into several priorities. Achieving international class navigability and inclusion of the Oder Waterway in the European network of waterways is the first of them. Initially estimated costs of these investments will amount to a little over 30 billion zlotys by 2030.

– We anticipate that there will be orders from businesses to ship owners and this will entail, to our delight, ordering new ships in inland shipyards. And this is what we want to stimulate the economy – emphasizes  Materna.

In Poland the share of inland waterway transport is minimal and amounts to approx. 0,4 per cent. For comparison, in Germany it is more than 12 percent, but the leader of the EU in this respect is the Netherlands with participation reaching 42 per cent. According to EU commitments by the year 2030 30 per cent of road transport of goods at a distance greater than 300 km must shift to other modes (eg. rail or river). Barges may be more effective – one can replace up to 30 trucks, and are also more environmentally friendly.

– We will pursue this with many other important investments. We must first of all stop the water so that it gets into the sea as late as possible. Today downpours tend to be torrential and due to urban infrastructure the water has no place to retain. It is therefore necessary to build small reservoirs that will collect it – Materna indicates.

The 4th class navigability means not only obtaining specific dimensions of the riverbed but, above all, securing the water for a period of 270 days. Storage reservoirs will help to fulfil this requirement but will also provide water for households, agriculture, forestry and industry, energy production, as well as enable the development of tourism.

– The investment program also assumes the construction of new bridges that integrate different areas, which is good news for individual provinces and municipalities. Building reservoirs will also protect us from floods, which is a very important issue for the state – lists deputy minister.

As pointed out in the years 1997-2010 losses from the flooding amounted to 44 billion zlotys (roughly 3,4 billion per annum). This amount would be sufficient to build a barrage on the Vistula together with a hydropower plant.

The total capacity of all reservoirs in Poland is approx. 6 per cent the annual runoff of surface water, which is approx. 62 billion cubic meters. The average for the countries of the Old Continent is up to three times greater.

– By restoring navigability we want to improve the condition of water resources. Through building steps and reservoirs we will increase these resources with at least 4 billion cubic meters which will give us a dozen percent or so, as in the EU. This will help to obtain water for agriculture and industry, especially in Lower Silesia where water shortages are most severe – notes Jerzy Materna.