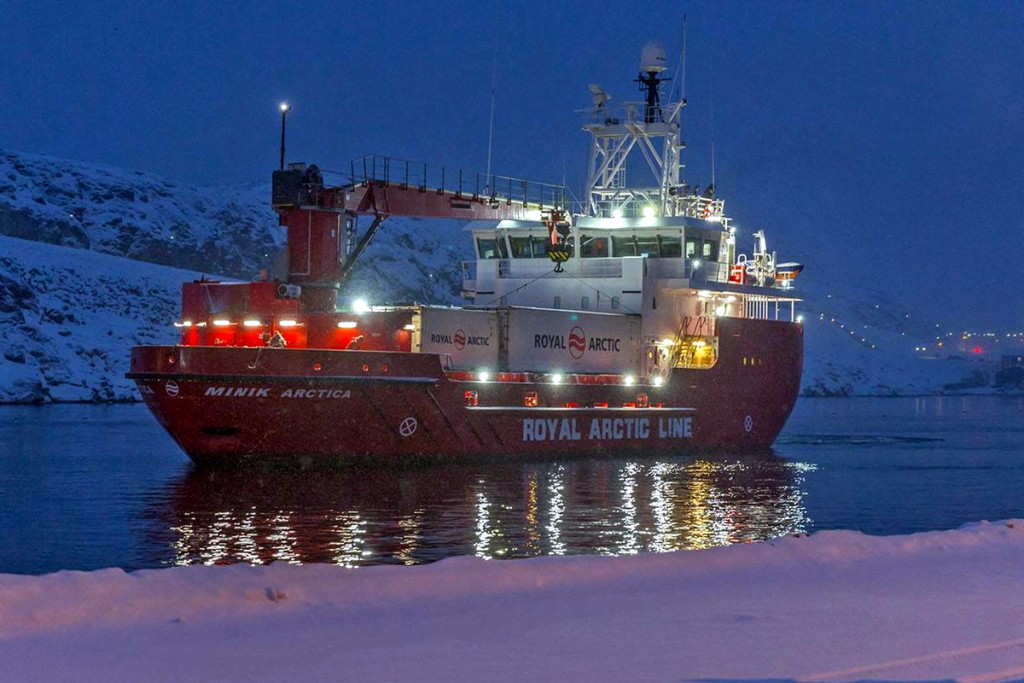 After delivery from the Polish Gdańsk-based yard on September 1, 2016, in Denmark, preparation works and crew training was in course until November 2, when the ship departed for Northern Atlantic.

The Minik Arctica is a cargo vessel, however a very special and complex one, with numerous items of not typical equipment. Among the challenges to designers and builders there was conceiving a ship suitable for continuous operation in very low temperatures, as well arranging all the systems and items of equipment, not all of which are usually to be found on a cargo ship of this size, to fit in a small hull.

The purpose of this ship, being a crossover between icebreaker, supply vessel and mini-container vessel is maintaining connection between small settlements along the coast of the world’s largest island – Greenland. The ship even has a few passenger seats in an “airline style” reclining chairs in dedicated passenger lounge.

Ivalo Arctica – the first of B202 type vessels, represented also by the Minik Arctica, has been working on the Greenland waters since October, when it was christened in Aasiaat.