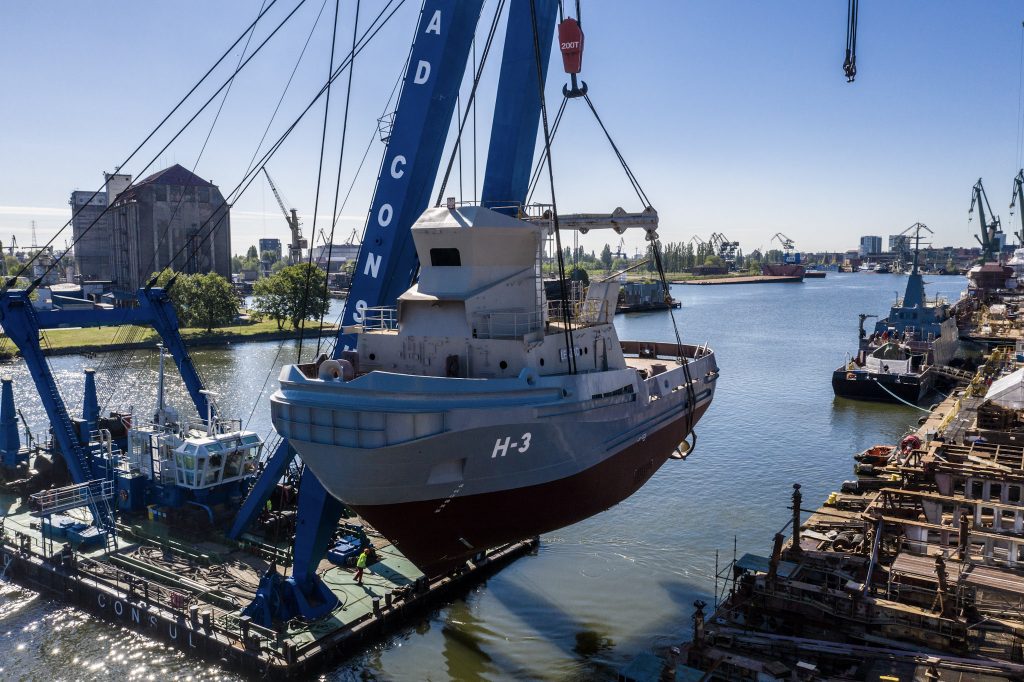 The fifth of a series of six H-3 Leszko tugboats was ceremonially launched in Remontowa Shipbuilding SA, a member of Remontowa Holding capital group. This is another unit built for the Navy under the contract signed with the Armament Inspectorate in June 2017. Leszko will enter service in the 3rd Fleet of Ships.

The ceremony was attended by the commander of the 3rd Fleet of Ships, Rear Admiral Miroslaw Jurkowlaniec, Commander of the Ship Support Squadron kmdr Robert Szymaniuk, Head of the Marine Technology Division of the Naval Inspectorate of the General Command of the Armed Forces Kind, Zbigniew Micek, Fr. Dean of the Navy, Captain Artur Samsel, members of the Supervisory Board of the Remontowa Shipbuilding SA, representative of the Polish Register of Shipping (Polski Rejestr Statków SA), supervising the construction of tugboats Janusz Dilling – Deputy Ship Director in PRS. The godmother was Hanna Szkodo, Director of the Maritime School in Gdańsk.

– With undisguised joy and satisfaction I take part in this next launching of the unit for the Navy – said Janusz Dilling.
– The Polish Classification Society, after carrying out the necessary inspections and checks in the field of underwater hull plating with the whole marking, hull tightness, outboard equipment elements, thrusters, necessary assemblies of subhull equipment, awards the certificate of readiness for launching on the basis of, among others, the provisions of the classification regulations for the construction of sea ships and warships. I would like to express my heartfelt thanks to the shipyard and to all parties involved in the construction of this vessel for very hard and joint work – added the Deputy Ship Director at PRS.

– In the history of our shipyard many launches have already taken place, exactly 1027, and tug Leszko is the third launched vessel this year – said Marcin Ryngwelski, President of Remontowa Shipbuilding SA. – Despite unexpected circumstances related to the coronavirus pandemic, which surprised the whole world and paralyzed many branches of industry, we make every effort to continuously implement our strategy and obligations towards our contractors.

The first two units of the contracted six – Bolko and Gniewko – left the shipyard at the beginning of this year. The next one – Mieszko will soon begin sea trials, and the fourth Semko is currently at an advanced stage of equipping.

– Respecting the current regulations of the Ministry of Health and the Chief Sanitary Inspectorate, we meet today in a significantly limited group, which does not mean that today’s event is less important for us – said Marcin Ryngwelski. – I am convinced that due to exceptional circumstances, which we have to deal with today, this event will also remain in our memory for a long time. I would like to take this opportunity to thank the ordering party and the Navy for trusting us and entrusting us with the construction of six tugboats, and the gesture for the pleasant atmosphere that accompanies this order. I would like to thank the representatives of the classification society Polski Rejestr Statków SA for effective and friendly cooperation. I would also like to thank the employees of our shipyard, that despite COVID-19 were able to work hard and respect all sanitary rules, this is my greatest admiration, as well as the whole team for the realization of this order.

– Every sailor’s heart rejoices during such celebrations as today’s – said Rear Admiral Miroslaw Jurkowlaniec, commander of the 3rd Ship’s Fleet. – Shipbuilding is not only a shipyard, it is a whole team of people and entities that contribute to this project. Everyone who contributed to the realization of the B860 project has done their task for the assessment, for which I would like to thank you very much. You bring a new dimension of service, congratulations and respect to the Navy. I wish the commanders and crew of the tugboat to gain as much experience as possible during the finishing phase, sea trials, exploitation-military research and further service, carrying out tasks for the Navy,” said Kadm. Jurkowlaniec.

B860 tugboats are characterized by contract displacement of 490 tons and the ability to carry 4 tons of cargo. The units are designed to perform logistic support tasks at sea and in ports, as well as for activities related to technical evacuation, support of rescue operations, transport of people and supplies, neutralization of pollution and taking hazardous materials from water.

The tugboats will power the Navy’s fleet of the 12th “Wolinski” Squadron of the Minesweepers in Swinoujscie, belonging to the 8th Coast Guard Fleet and the Support Ships Squadron, which is part of the 3rd Ship Fleet, stationed in the War Port in Gdynia. 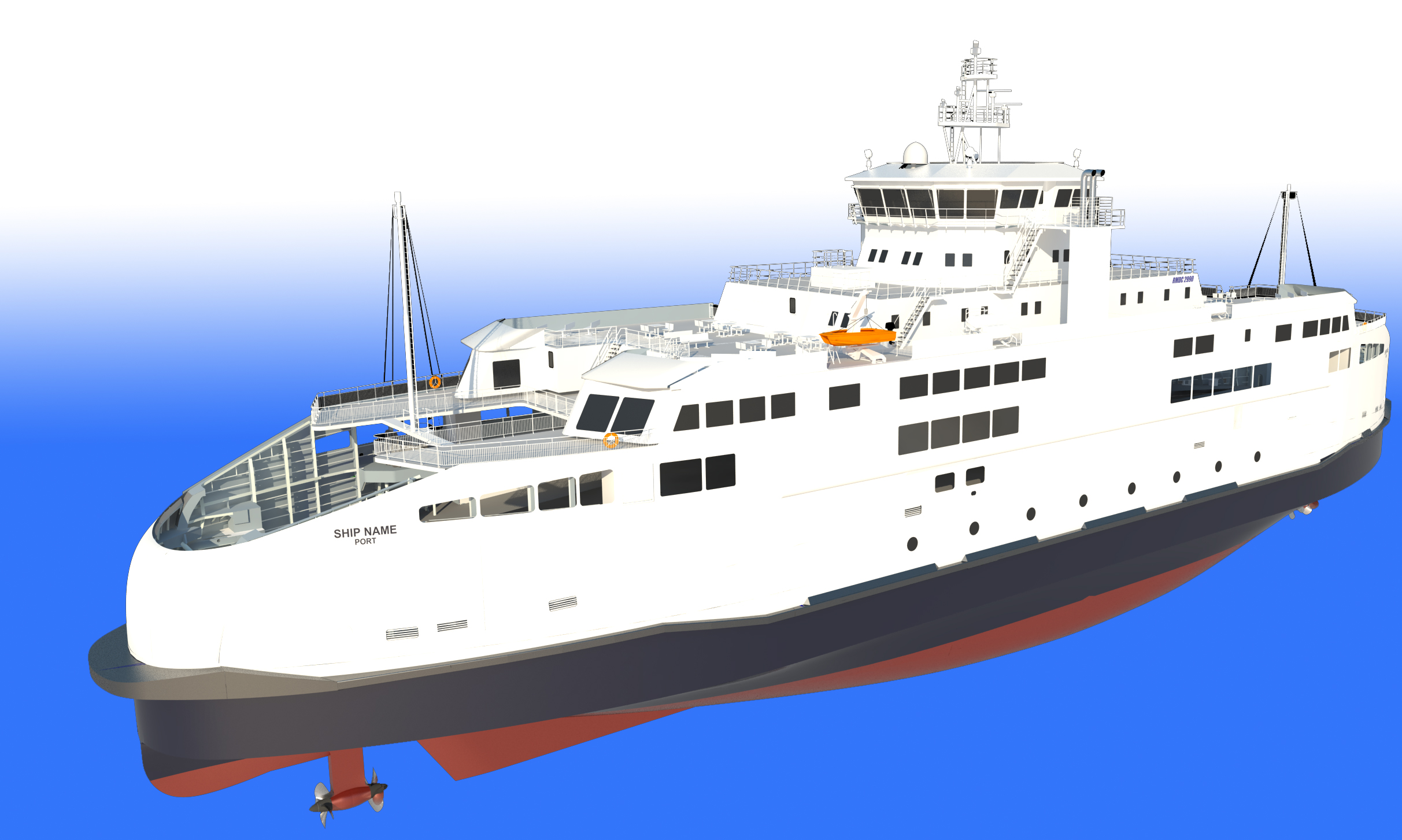 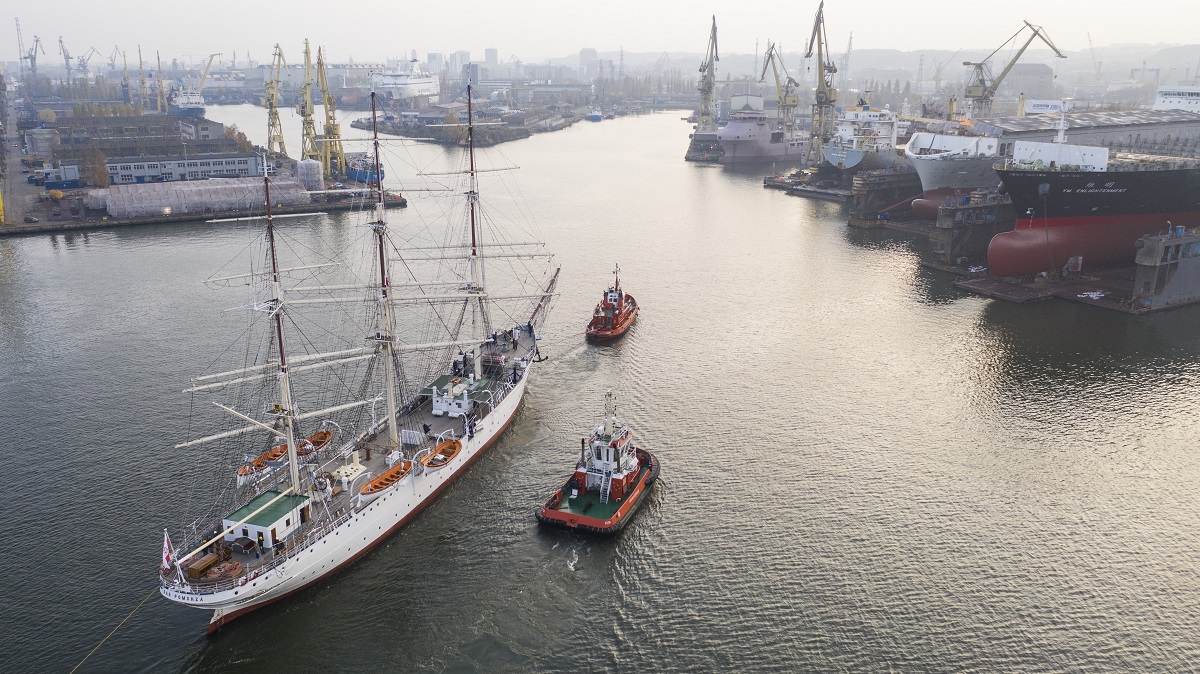 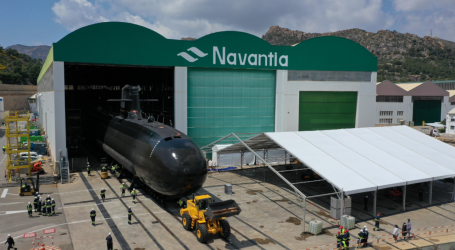