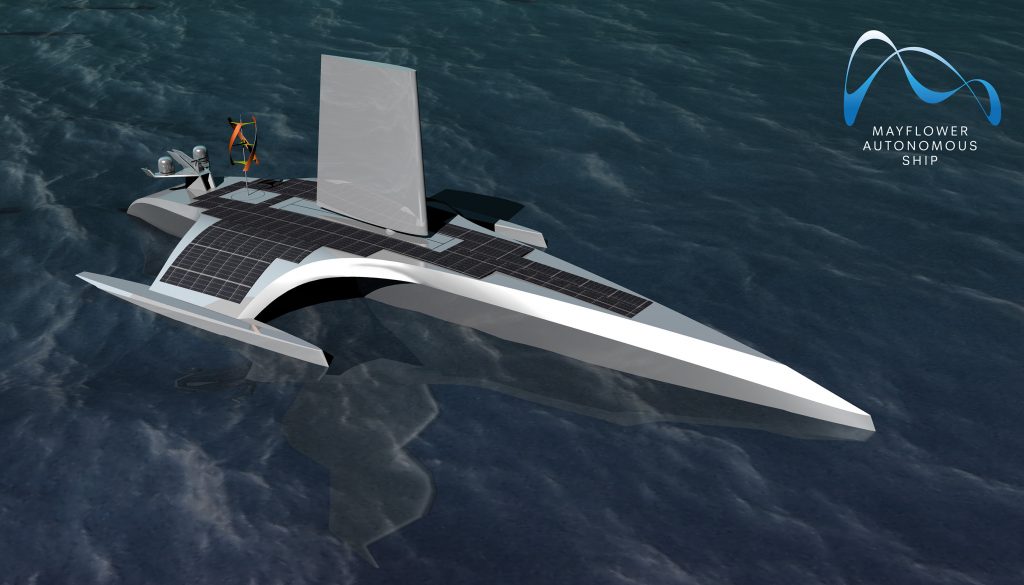 It will fully repeat the route of its namesake – the sailing ship from 1620. The pilgrimage to America will begin next year in Plymouth, on the 400th anniversary of the event. The hull of the unit is being built in Gdańsk, the BBC said.

The MAS is being built by ProMare, a non-profit marine research organization, in cooperation with IBM, a provider of autonomous systems.

On the basis of data from leaders, radars, GPS, satellites and cameras, the autonomous ship will make its own decisions on course changes or manoeuvres in order to avoid collisions. The ship itself can also use a satellite phone call if it thinks it needs external help. Plymouth Sound Bay collects data from hundreds of other ships to help them learn the MAS algorithm.

The vessel is a 15-meter trimaran – consisting of three rigid hulls – with a weight of five tons and a maximum speed of 20 knots. It will be powered by electricity generated from wind and sun, but there will also be an emergency diesel generator on board. The hulls, one main vessel and two stabilizing vessels, are currently being manufactured in Gdańsk and are to be delivered to Plymouth in February next year.

The project director of the autonomous unit, Brett Phaneuf, pointed out that he was inspired by his family’s roots at the landing site of the Mayflower.

September 6, 1620. 102 settlers, mainly British Puritans, and about 30 Mayflower crew members set out on a journey to the New World. The journey took them more than two months; on December 21 of the same year they visited the present-day Plymouth, Massachusetts.

The Mayflower Autonomous Ship is to repeat the namesake’s journey on its 400th anniversary, but it will only take him about two weeks. Phaneuf stressed that autonomous vehicles would have a significant impact on the next four hundred years of human society, so the project reflects the achievement of his ancestors in a dignified way.

IBM pointed out that one of the challenges of the MAS project is the uncertain connection to the world – the ship cannot communicate with the cloud in a continuous mode, because there will be long breaks without access to the network during the journey. The key decision making tool will be the ODM tool developed by the company, which is used, among others, to create billions of advanced mathematical functions for the needs of the financial market.

The main fuselage will also include three research modules developed by scientists from the University of Plymouth. The director of the maritime institute, Richard Thomson, pointed out that this will be the first opportunity to collect data on the pollution of the ocean with plastic by an autonomous ship. In a 15-year-old study, Professor Thomson forged the term micro-particles of plastic, which refers to microscopic grains of plastic that can float on the surface of the oceans at large shoals.

Current predictions of contaminated areas are only built on residual data and prediction models. The professor believes that autonomous MAS-like entities making decisions on the basis of current data can make it much easier to track this pollution in the future.