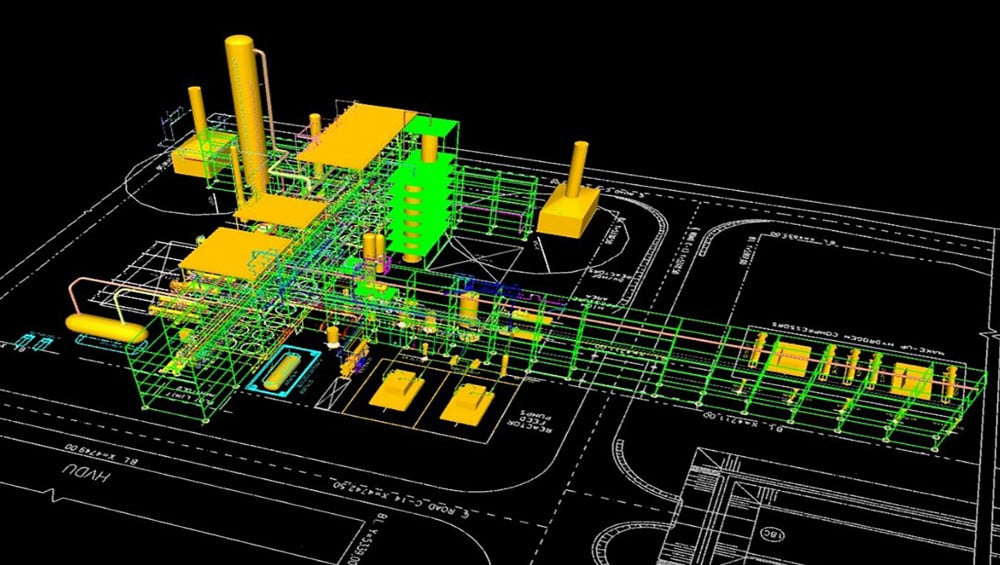 On September 28th, LOTOS Oil, a company of the LOTOS Group, and the reputable Italian contractor KT – Kinetics Technology S.p.A. (KT) signed an Engineering Procurement & Construction Lump Sum Turnkey Contract for the entire technical scope of work under the HBO Project. In addition to an extensive track record of projects for the refining and petrochemical industry, KT’s advantages include good knowledge of the LOTOS refinery gained whilst executing EFRA and some earlier projects.

The scope of the HBO Project includes, among other works, the construction of a hydrocracking unit that is to operate based on the catalytic dewaxing and hydrotreating processes, feedstock and product tanks, interconnecting pipelines and a power supply station. Other planned works include the adaptation and upgrade of existing facilities on the refinery premises, interlinked operationally or technically with the new units.

The HBO Project is designed to further improve the economics of crude oil processing by generating higher margins as a result of production and sale of new high-margin products. Its annual output will comprise over 400 thousand tonnes of Group II base oils and several dozen thousand tonnes of fuel intermediates. The project addresses the current challenges faced by refineries focused on motor fuel production. The production of base oils will extend the value chain of the entire LOTOS Group. The HBO Project is consistent with the Group’s strategy for 2017–2022.

“Grupa LOTOS has been present on the base oil market for many years, so we can say that the HBO Project marks our return to the roots, while being the best way of diversifying our business portfolio towards new non-fuel products. With the output of high quality base oils, we will be able to manufacture lubricant and oil products and gradually bring them to the market at the most attractive prices,” says Zofia Paryła, President of the Management Board of Grupa LOTOS.

Feedstock for the new facility will comprise distillates from the Hydrowax Vacuum Distillation Unit (HVDU), built as part of the EFRA Project, which processes this intermediate fraction into vacuum distillates suitable for the production of base oils. The heart of the HBO Project will be an isodewaxing/isofinishing (IDW/IF) unit, which will rely on hydrogen-based processes used by oil hydrocrackers.

The LOTOS Group’s current product mix includes predominantly Group I base oils, produced through a solvent refining process. With the technology change, it will be possible to eliminate solvents (such as furfural and Di-Me), which are harmful to the environment. The solution consisting in the introduction of new Group II base oils will help strengthen the LOTOS Group’s position not only domestically, but also on foreign markets. The operational launch of the new hydrocracker will enhance the LOTOS Group’s competitive position in the production and sale of base oils, enabling the market roll-out of Group II base oils, including the Brightstock grade.

As a result, the production of industrial oils is estimated to increase from 30% of the total oil output in previous years to a projected level of 50-60% by the end of this decade. One additional driver of increased consumption of high quality industrial oils, including heavy base oils, will be the anticipated wave of big green energy projects.

The future HBO facility will operate under alicence purchased from Chevron Lummus Global(who have developed a catalytic dewaxing technology based on isodewaxing and hydrofinishing). Chevron has also prepared the front-end engineering design and in September 2020 performed tests on a pilot plant at its research facility in Richmond, California, using three distillates from the HVDU. To obtain distillates similar to those to be processed by the HBO facility, a test run had been carried out at the refinery earlier, in November 2019. The tests in Richmond confirmed that the technology was the right choice and the Group II base oil products met the required quality specifications.

A process is under way in Poland to build a multi-utility conglomerate, which is to include Grupa LOTOS. Based on the structure of the new entity announced in May this year, the multi-utility group’s competence centre for the production of base oils and lubricants is to be located in Gdańsk. Accordingly, the HBO Project will not be divested in the implementation of remedies imposed by the European Commission as a condition for its approval of PKN Orlen’s acquisition of control over Grupa LOTOS.

“Once the HBO Project comes on stream, we will be well placed to successfully compete on the European market with imported base oils and fill the market niche. Moreover, the location of our refinery will facilitate efficient logistics by both sea and land. The output of high quality Group II oils will provide us with a stable and competitive base for the production of finished goods, also after the expected restructuring of the oil industry,” adds Jarosław Wróbel, Vice President of the Management Board of Grupa LOTOS, Chief Investment and Innovation Officer.

In line with the adopted schedule, all the new units and facilities will be commissioned and operational in the first half of 2025.