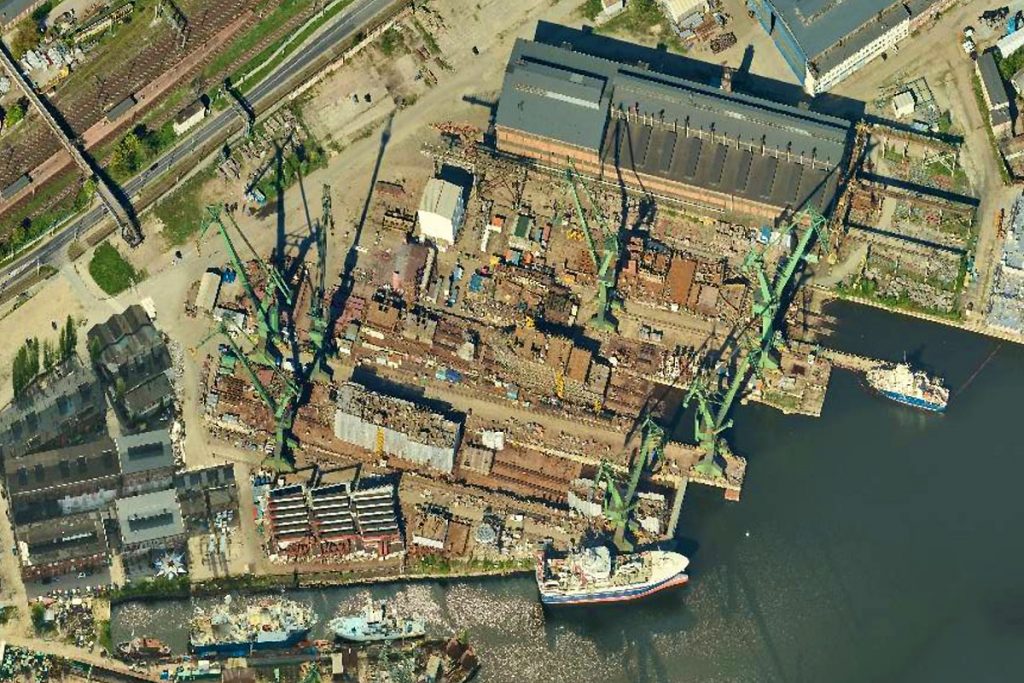 The Provincial Administrative Court in Warsaw has dismissed complaints against the decision of the Minister of Culture and National Heritage of 10 June 2020 entering Shipyard No. 2, the so-called Schichau Shipyard, into the register of historic monuments. Thanks to the inclusion of the Gdańsk Shipyard in the register, it was possible to apply for the entry of this valuable monument on the UNESCO World Heritage List.

The area entered in the register of historical monuments covers the north-western part of the former Gdańsk Shipyard, where many exceptionally valuable elements of the shipyard infrastructure have been preserved – slipways, buildings with cranes, the layout of transport streets with historic surfaces and tracks. The whole area is dominated by the characteristic KONE cranes purchased in Finland in the 1970s and 1980s, which, along with Neptune’s Fountain and the mediaeval Crane, are today one of the most important and recognisable symbols of Gdańsk.

The beginnings of shipbuilding in the area date back to the end of the 19th century, when an engineer and industrialist from Elbląg, Ferdinand Schichau, founded a shipyard which at the beginning of the 20th century was the most modern of its kind in Gdańsk. After World War II, the shipyard was merged with the Gdansk Shipyard (formerly the Imperial Shipyard) into one large-scale enterprise.

The buildings in this area have valuable architectural qualities and illustrate the development of industrial architecture from the late 19th to the second half of the 20th century. The most impressive building is production hall 3B with the characteristic inscription “Gdansk Shipyard”, which formerly housed a gangway on the first floor and the prefabrication of shipbuilding elements took place on the ground floor. In the neighbouring hall 4B, in the early morning hours of 14 August 1980, work was interrupted in the shipyard, as in two other departments, which started a historic strike that ended with the signing of the Gdansk Agreements. The preserved elements of the historical infrastructure together with the buildings were the backdrop to the events that led to the birth of the great Solidarity movement. This place, together with the rest of the former Gdańsk Shipyard, soon has a chance to be included on the UNESCO World Heritage List.