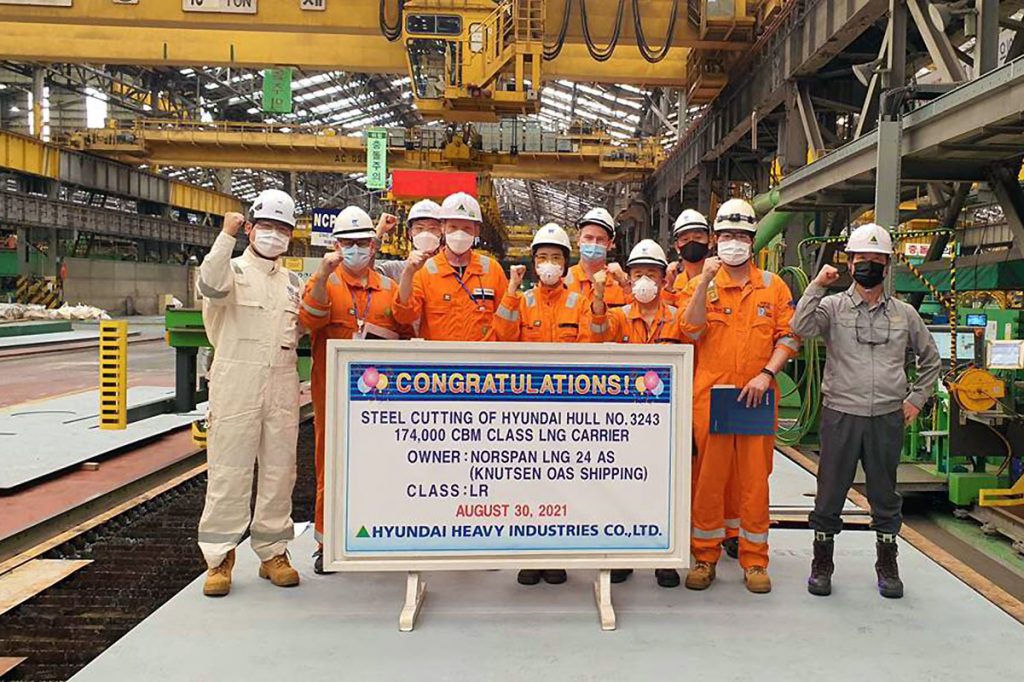 Recall that the charter agreement for the first two LNG carriers (including the unit whose construction has just started) was announced by PGNiG in early November 2020. (the vessel was ordered by Knutsen in October). In contrast, the chartering of a further two vessels was announced at the end of July this year. In addition, around mid-August this year, there was unofficial information in the brokerage community that PGNiG was looking for a fifth vessel for charter.

The vessel, which will be the first milestone in the construction of PGNiG’s fleet of LNG carriers, with shipyard construction number 3243 and IMO number 9922976, classified by Lloyd’s Register, will have a gross tonnage of 114,000, a deadweight of 92,323 tonnes and a cargo capacity of 170,520 m³ of liquid gas in four tanks serviced by eight cargo pumps with a capacity of 1,850 m³/h.
The twin-screw vessel will be equipped with two Wärtsilä 5X72DF main engines with a combined MCR of 24,224 kW (32,934 hp) enabling it to reach an operating speed of 19 knots.
The vessel will most likely carry the flag of the Norwegian Second Registry (NIS).