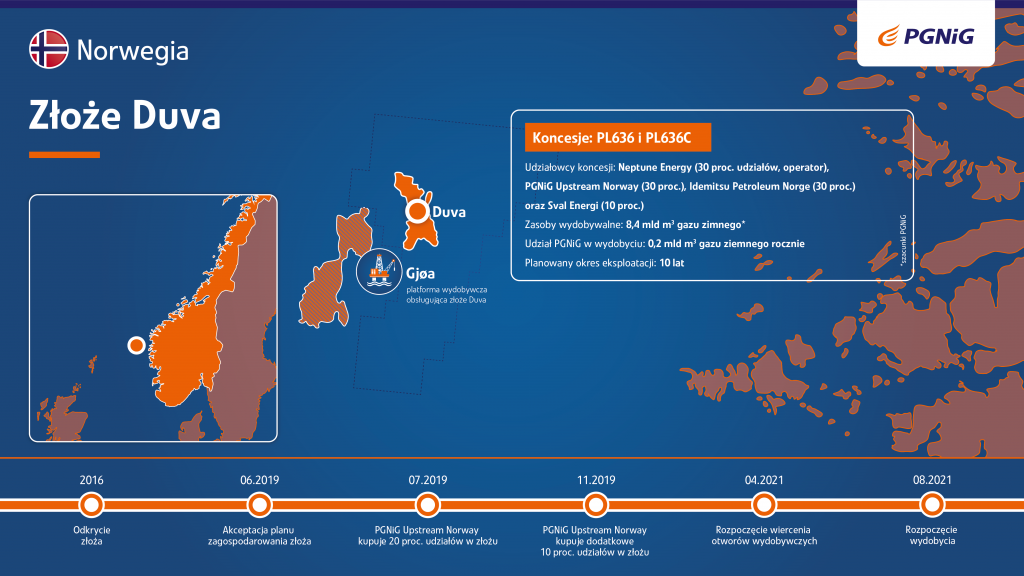 PGNiG Upstream Norway, together with Neptune Energy, Idemitsu Petroleum Norge and Sval Energi, have launched hydrocarbon production from the Duva field on the Norwegian Continental Shelf. The investment, which will increase PGNiG’s natural gas production by 0.2 billion cubic meters per year, has exceptionally low carbon footprint.

The successful start-up of the Duva development means that PGNiG Group has already eleventh producing fields on the Norwegian Continental Shelf. Production is carried out using four wells – three oil producers and one natural gas producer.

“The investment in the Duva field is a model example of PGNiG’s operating philosophy on the Norwegian Continental Shelf. It is yet another important step towards achieving our strategic objective of increasing our own natural gas production in Norway to at least 2.5 bcm annually. By connecting the new wells to the existing infrastructure, we were able to reduce the cost of the project, and as a result increase its profitability. We are also very satisfied with the environmental effects we achieved during the development – Duva is expected to have one of the lowest carbon dioxide emission rates per unit of production on the Norwegian Continental Shelf,” said Paweł Majewski, President of the Management Board of PGNiG SA, which is the sole owner of PGNiG Upstream Norway.

Duva is a gas and oil field located in the PL636 and PL 636C licences in the North Sea, ca. 140 km north of Bergen. PGNiG Upstream Norway estimates its recoverable reserves at approximately 8.4 bcm of natural gas. The company’s share in the production output will average 0.2 billion cubic meters of natural gas per year. Duva is expected to produce for approximately 10 years.

Having been discovered only in 2016, the Duva field is a fast-track project developed as a tie-back to existing infrastructure, including a production platform, serving the neighbouring Gjøa field. Gjøa  stands out for its very low carbon footprint of 3 kg of carbon dioxide per barrel of oil equivalent, while the average for the Norwegian Continental Shelf is about 8 kg of carbon dioxide per barrel. The tie-back of Duva will reduce Gjøa’s carbon dioxide emissions per boe even further. With the best possible environmental outcome in mind the Duva partners sought to reduce carbon emissions of specific development operations. For example the installation of production heads was carried out by a vessel instead of a rig. As a result, carbon emissions from this operation were reduced by 60 percent.

PGNiG Upstream Norway owns 30% interests in the licenses covering the Duva field, which it bought in 2019 in two transactions covering 20% and 10% interests. The other shareholders are Neptune Energy (30%, operator), Idemitsu Petroleum Norge (30%) and Sval Energi (10%).

Currently, PGNiG Upstream Norway is a shareholder in 37 licences on the Norwegian Continental Shelf. The company produces crude oil and natural gas from eleven fields, four other fields are undergoing investment and analytical work. The company estimates that this year it will increase natural gas production to above 0.9 billion cubic meters compared to 0.5 billion cubic meters in 2019. This will be a result of launching production from new fields and additional wells in addition to acquisitions of interests in already producing fields.

The estimated production volume does not include the potential acquisition of all assets of INEOS E&P Norge AS, which is still awaiting administrative approvals. The deal includes interests in 22 concessions on the Norwegian Continental Shelf. The transaction will increase PGNiG Upstream Norway’s recoverable reserves from the current 214 million boe to 331 million barrels of oil equivalent. 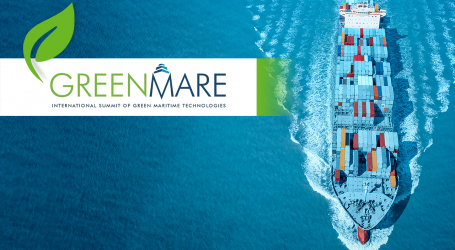 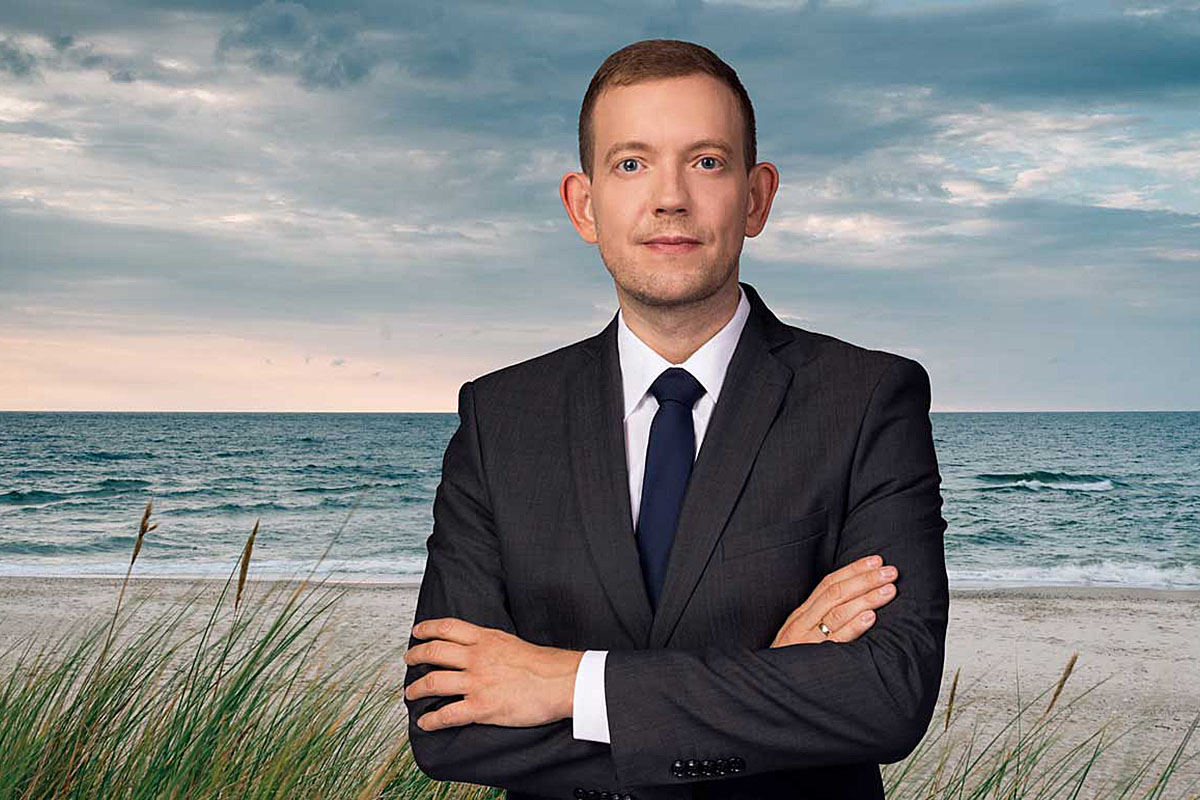