3 days ago
A transport ship was discovered in the Vistula
1 week ago
Bolko first of six tugboats for the Polish Navy
1 week ago
Port of Gdynia with concern for the environment
3 weeks ago
Royal Arctic Line buys a container ship built in the Remontowa Shipbuilding S.A
3 weeks ago
Remontowa Shiprepair Yard ranked 1st in Europe 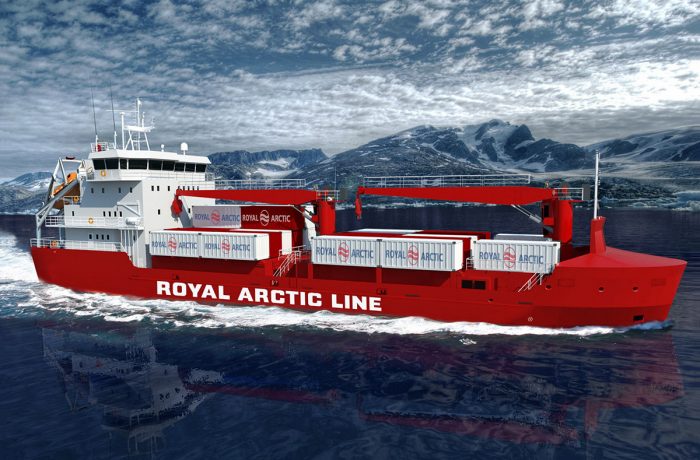 The Greenlandic ship owner Royal Arctic Line (RAL) has announced that it has signed a contract on 20 December 2019 for the purchase of a new container ship to serve the east coast of Greenland. It is one of the two B203 type vessels previously ordered and built at Remontowa […] 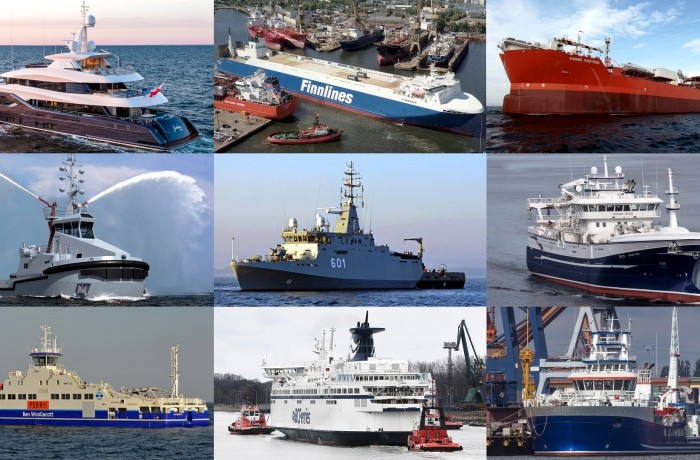 A special video report on Poland’s maritime industry, presenting the most interesting products, projects and services executed since October 2017 until September 2018 in shipyards and other companies of the shipbuilding sector as well as other events important for the maritime economy in Poland. The movie was presented during the […] 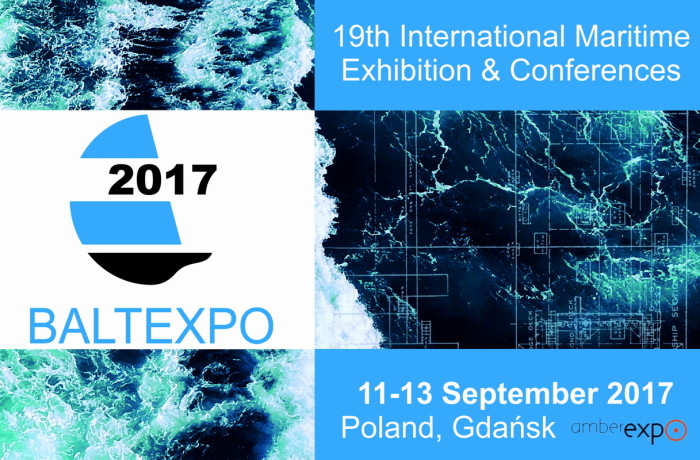 Every two years BALTEXPO International Maritime Exhibition in Poland gives us insight into one of the most promising and prospective market in Europe when it comes to shipbuilding, inland waterways and port infrastructure. Maritime economy and inland navigation is one of the priorities for new Polish government, which (eg. through […] 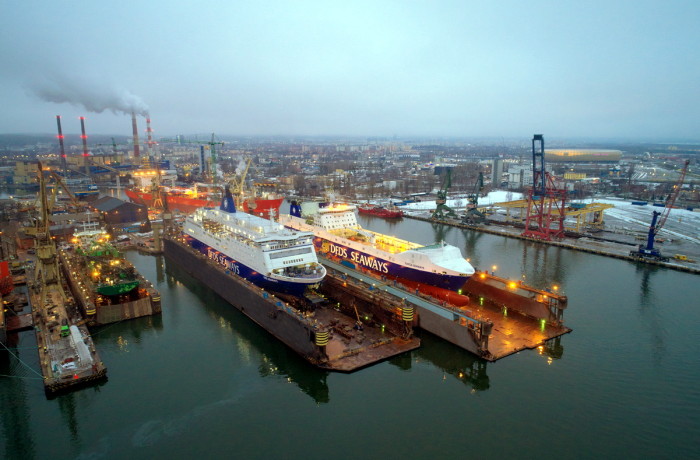 Forum Okrętowe (eng.: The Association of Polish Maritime Industries), the largest employers union of the shipbuilding sector in Poland has revealed statistical data, worked out in close cooperation with PortalMorski.pl – Polandatsea.com and – in some extend – containing estimates from Gdansk-based CTO (Ship Research Centre), related to the performance, […] 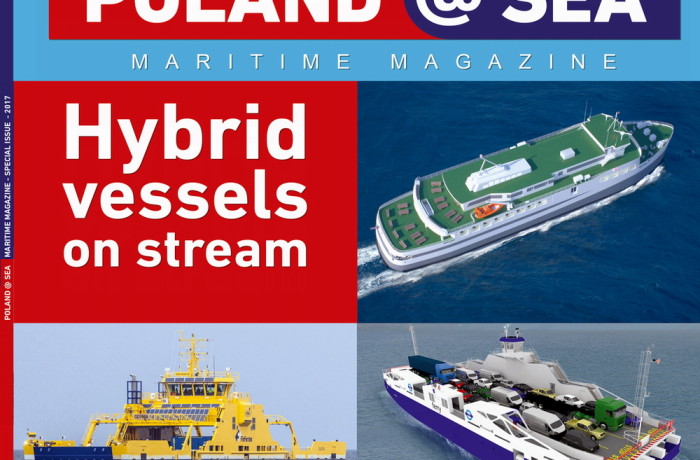 1st edition of Poland@SEA magazine in 2017 ready for download

After many years, a Polish shipping company has ordered a newbuilding in… Poland. This is the first step in the implementation of a “revitalisation of the Polish shipbuilding industry” program led by the Polish present government. Regardless of those political efforts, shipbuilders and repair yards in Poland have been seeking […] 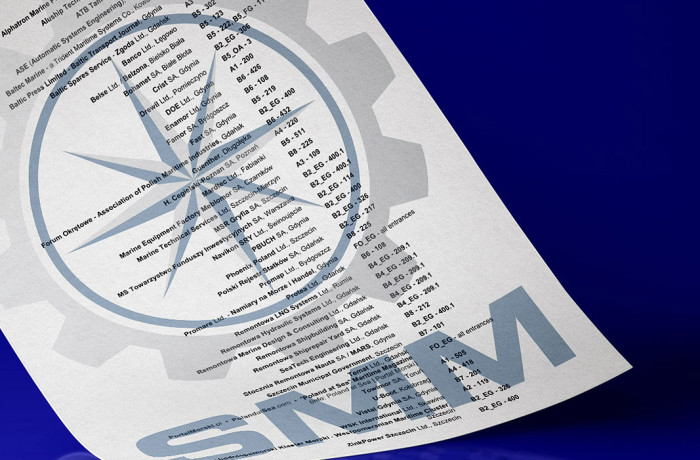 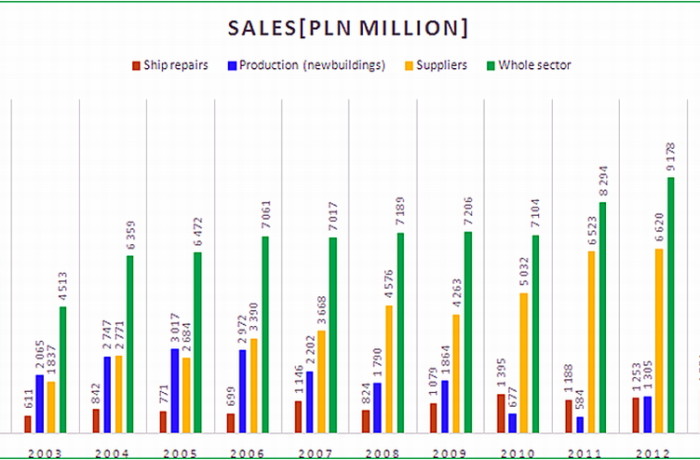 Poland’s shipbuilding industry with sales of EUR 2.5 billion in 2015

The Association of Polish Maritime Industries Forum Okrętowe has recently published a report on the Polish shipbuilding industry in 2015. The estimations are based on the Forum Okrętowe’s own calculations prepared thanks to cooperation with its member companies from which necessary employment and sales figures in 2015 have been collected. […] 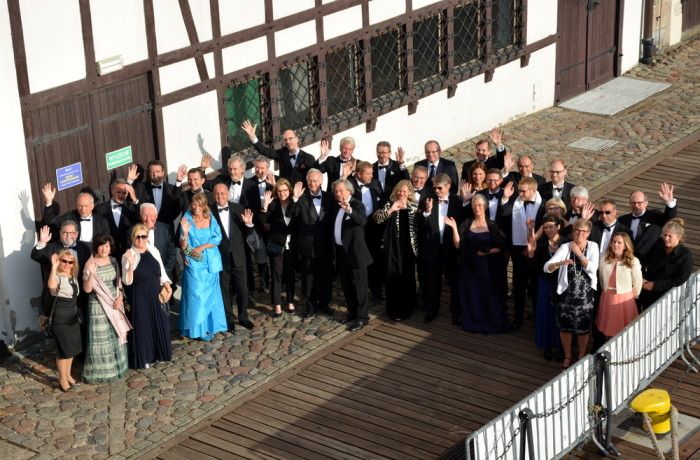 On 16-18 June 2016 in Gdansk the General Assembly of SEA Europe, the European Ships and Maritime Equipment Association was held. Delegates from 17 member countries together with their accompanying persons arrived in the city at the Motława river to discuss the current situation in the global shipbuilding industry, with […] 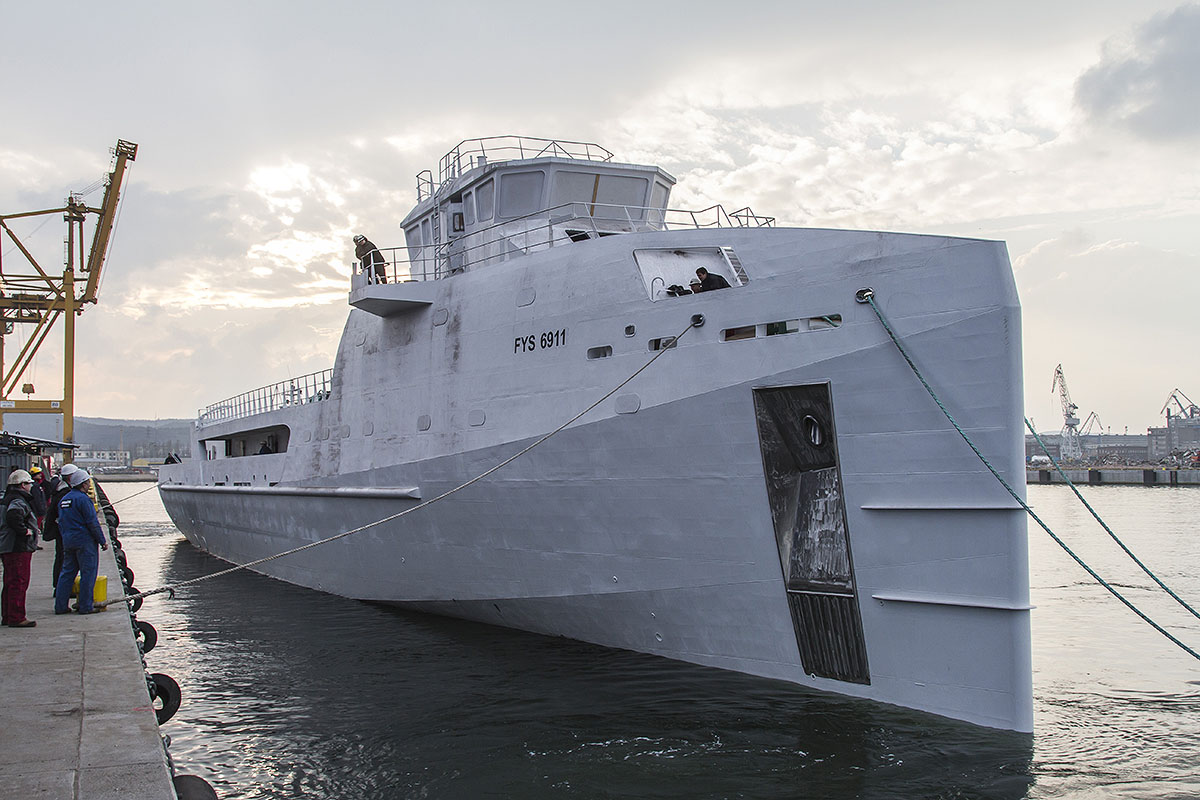 Polish tug Leopard departed the port of Gdynia with newbuilding FYS 6911 on tow on March 9, afternoon. Two days earlier, on March 7, 2016, the hull was launched on hired syncrolift of Naval Shipyard Gdynia, following the skidding of the hull from Damen Shipyards Gdynia production hall onto a pontoon-barge. Over the recent […] 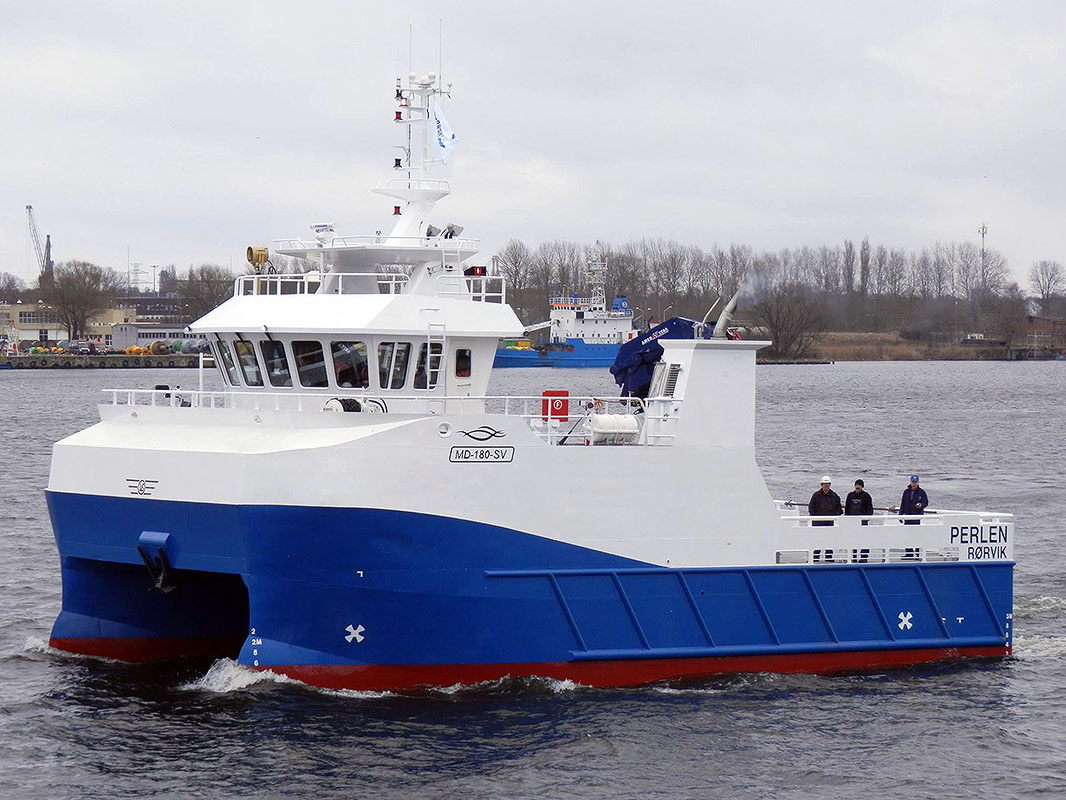 As Norwegian investments in aquaculture continue unabated, some Polish yards enjoy related workload. Emilsen Rederi, subsidiary of Emilsen Fisk AS is about to celebrate the christening of their new boat Perle on April 2, 2016. This will take place after transferring the ship from Poland to Norway. Shortly prior to mid-March, sea trials […]

Tax exemptions and other incentives for shipbuilding industry in Poland

On February 23, 2016 in Warsaw, the representatives of the Ministry of Maritime Economy and Inland Waterways (MGMiŻŚ) met the businessmen and specialists from the wide range of shipbuilding industry business entities operating in Poland. Jerzy Czuczman, director of the Association of Polish Maritime Industries (Forum Okrętowe), an  employers’ organization […] 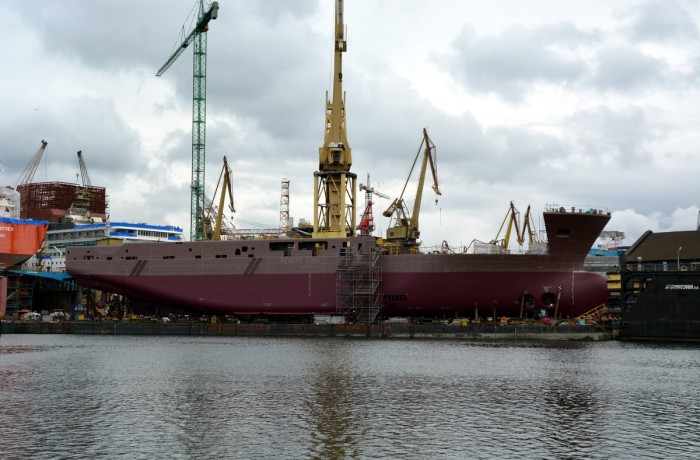 On Tuesday, 23rd of February 2016 the launching of the LNG-powered specialist vessel intended for supplying oil drilling and oil mining rigs took place in Remontowa Shipbuilding, member of Remontowa Holding in Gdansk. The ship is being constructed for Siem Offshore – one of the biggest Norwegian offshore fleet owners. […] 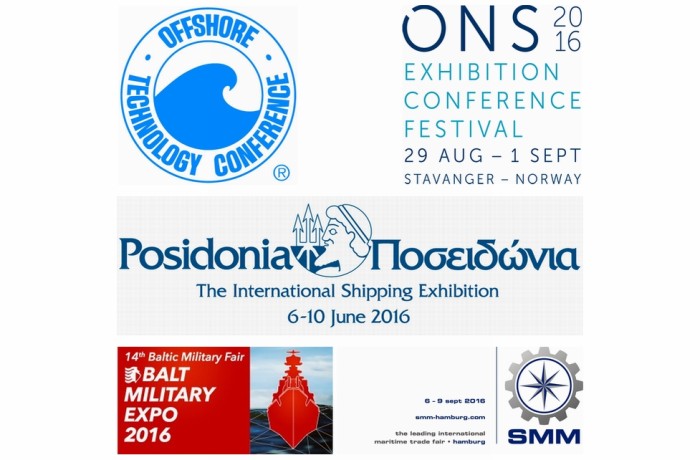 As a leading publisher of B2B press and trade fair publications in Poland in 2016 we are preparing three special editions of the Poland@SEA magazine to be distributed at the following events: OTC Houston USA, Posidonia in Athens Greece, Balt Military Expo Gdansk Poland, ONS Stavanger Norway and SMM Hamburg […]