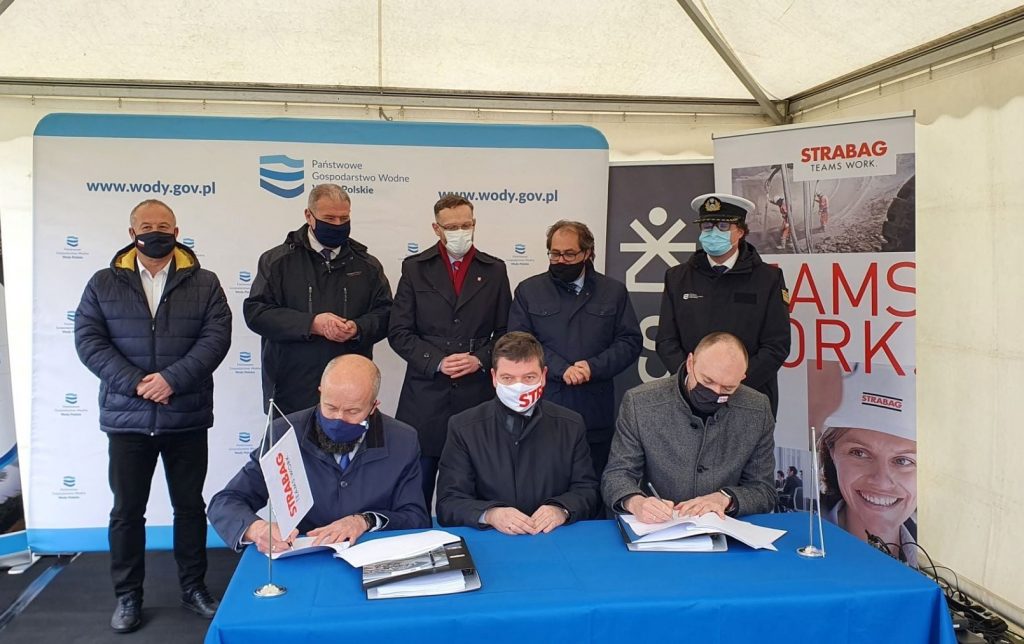 Wody Polskie is starting an investment in Szczecin. The Strabag company has won the tender for the construction of a modern quay with a berth for eight icebreakers.

Among other things a technical and repair part, an administration building, a hall, garages and a car park will be built. The investment is a strategic part of flood prevention measures in the region. Construction of the facility at Karpia Street in Podjuchy is due to start later this year.

The works will be divided into two stages. The first will involve the construction of a parking and mooring base, and the second will involve the construction of an office and administrative facility together with the development of the adjacent land. A common location for all such units is primarily intended to improve operations on the Oder and facilitate access for routine technical inspections. Ice-breaking activities minimise the risk of flooding and also limit the area of possible flooding. Due to the run-off of the ice cap, most of these activities start at the level of Podjuchy.

First of all, the demolition of allotment infrastructure, berthing basin wharves and existing bank reinforcement along the Regalica is planned. This will be followed by the construction of a berthing wharf for eight icebreakers, about 140 m long. The works will also include the modernisation of the manoeuvring and berthing basin, construction of a storage and workshop building, garage and storage shed. In the next stage, an office building will be erected on the developed and tidied-up area.

The cost of the investment is over 21 million PLN and it is implemented within the framework of the Flood Protection Project in the Odra and Vistula River Basins, financed by the International Bank for Reconstruction and Development (World Bank). According to the estimates of Wód Polskie, the investment should be completed in the first quarter of 2022.

Szczecińskie Wody Polskie has a fleet of 9 icebreakers, including two newly built units. The new icebreakers Ocelot and Tarpan will reach the home port in Szczecin – Podjuchy in the middle of the year.

This investment is necessary for the safety of Szczecin and all towns on the Oder River in the West Pomeranian and Lubusz Voivodships – emphasised Minister Marek Gróbarczyk during the press briefing.

This is an important event – icebreaking actions minimise the risk of floods and limit the area of their possible occurrence. A common location for all units of this type is intended to improve operations on the Oder and facilitate access for routine technical inspections.