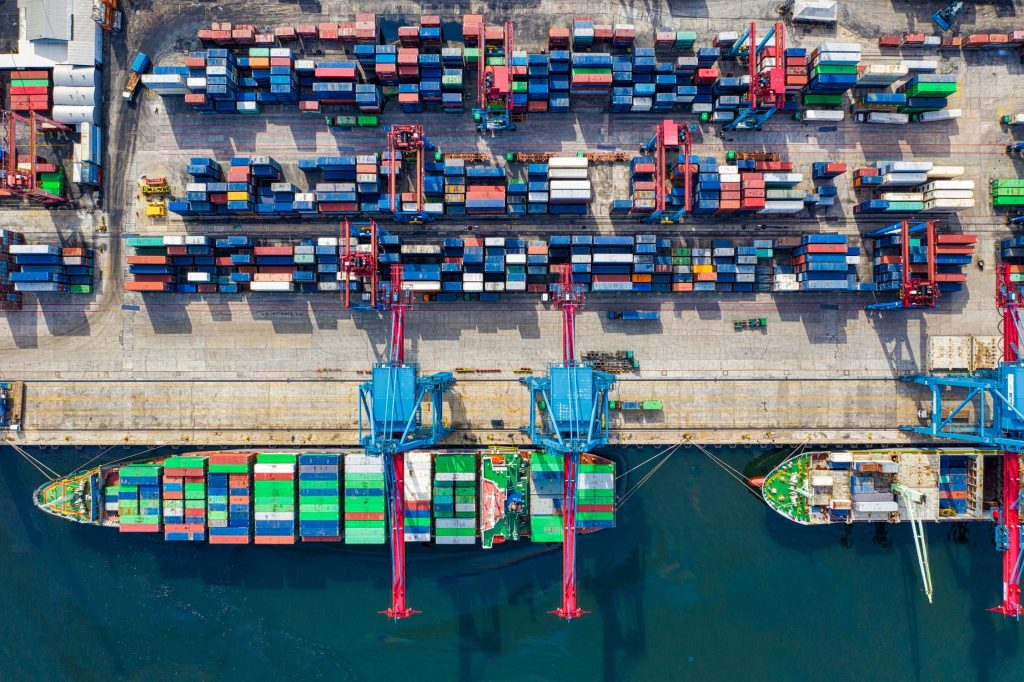 In 2018 transshipments in intermodal terminals increased by 10.6% in comparison to 2017, the Central Statistical Office (GUS) reported on Monday. Calculations show that last year there were 35 active terminals, five more than a year ago.

that intermodal transport allows to create modern transport chains connecting two or more modes of transport in one system. It is based on nodes which are points of contact between different transport branches, participating in the movement of goods without changing the transport unit. The greater the number of nodes (land and sea terminals), the easier the access to the network of connections.

In 2018, the total length of transshipment quays in maritime terminals amounted to 7.1 km, of which 88.6% were quays for handling cargo units in the lo-lo system. It concerns the loading and unloading of an intermodal transport unit by means of e.g. ship’s mast cranes or cranes.

The parking and manoeuvring area covered 7.1 ha, and the total storage area of the terminals was 162 ha, including 134 ha for containerised units. The capacity of storage yards was 93.2 thousand TEU (standard unit corresponding to the capacity of a 20-foot ISO container with dimensions of 6.10 x 2.44 x 2.59 m).

According to the data of the Central Statistical Office (GUS)

sea terminals had a total of 13.5 km of tracks for normal gauge railways, of which 67.9% were intended directly for loading/unloading intermodal units. The average length of the depot served at the maritime terminal was 53 wagons.

In 2018, the parking and maneuvering area in land terminals occupied a total of 22.4 ha, and the total storage area of terminals – 124.3 ha, including 78 ha for containerised units. The capacity of storage yards was 90.7 thousand TEU.

Land terminals in 2018 had a total of 78.2 km of tracks for normal gauge railways, including 51.1% intended directly for loading/unloading intermodal units. The average length of the depot served at the land terminal is 33 wagons.

In 2018, more than 22 million tonnes of containerised cargo were transported by intermodal road transport.

In international transport, similarly as in 2017, transport to and from Germany dominated.