7 days ago
A transport ship was discovered in the Vistula
2 weeks ago
Bolko first of six tugboats for the Polish Navy
2 weeks ago
Port of Gdynia with concern for the environment
4 weeks ago
Royal Arctic Line buys a container ship built in the Remontowa Shipbuilding S.A
4 weeks ago
Remontowa Shiprepair Yard ranked 1st in Europe 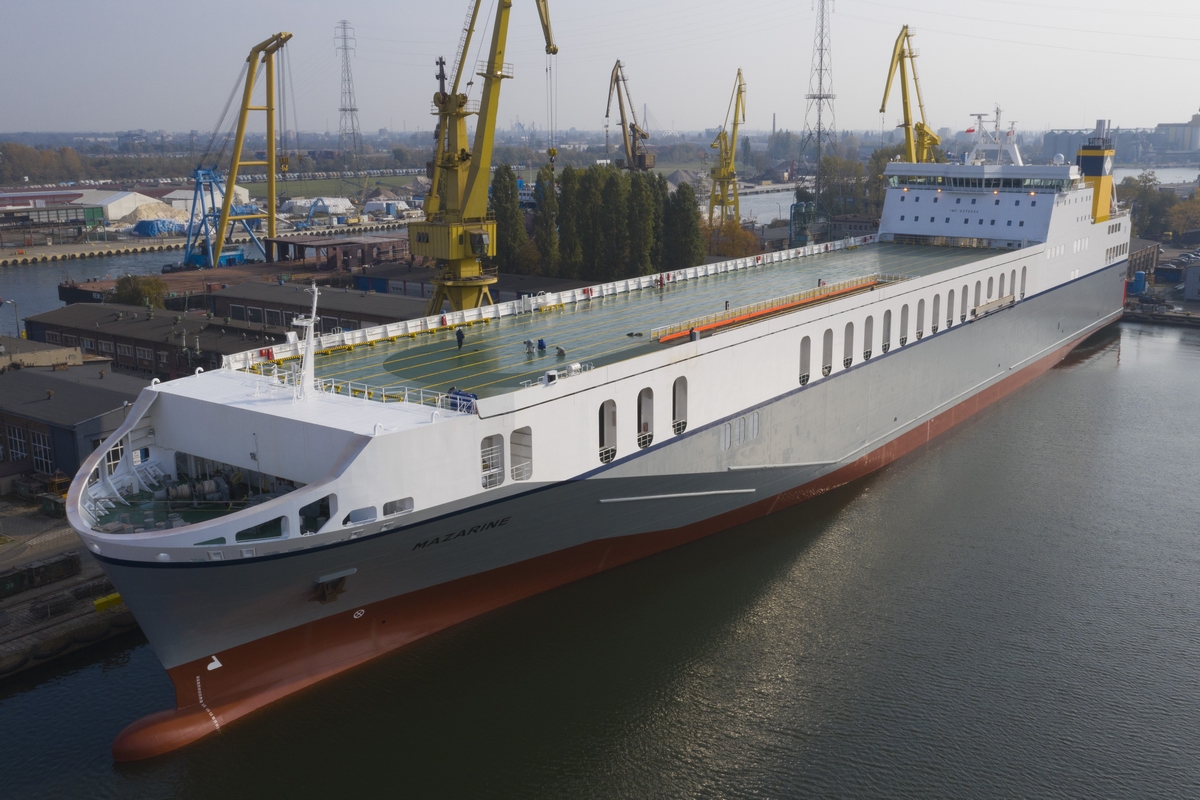 Gdańska Stocznia Remontowa S.A. from the Remontowa Holding Group carries out an interesting programme of rebuilding at least three ro-ro ships for the CLdN company. As a result of the reconstruction, the ro-ro cargo area of each of them increases by almost 30 percent.

CLdN (Compagnie Luxembourgeoise d’Navigation), formerly known as Cobelfret, is a shipping group operating in the transport and logistics sector. It was founded in 1928 and is headquartered in Luxembourg. Its ro-ro ships operate between the ports of Zeebrugge, Rotterdam, London (Purfleet port), Killingholme, Dublin, Gothenburg, Esbjerg and Porto (Leixões port). The company employs around 1,500 people and has an annual turnover in excess of one billion euros.

CLdN commissioned Gdańsk Shiprepair Yard SA to rebuild cargo ferries by adding an additional, new ro-ro deck from the superstructure towards the bow and installing a new hydraulic entry ramp leading to the deck. In this way, each of the ships “gains” an additional 1000 tons (including pipelines, the new ramp and other equipment and elements). More importantly, the loading area of each of these ships increases from 2907 to 3678 metres of ro-ro cargo line.

The conversion of the first ship, Mazarine, has already been completed. It left the shipyard on 16 October this year.

Prefabrication of steel structures of the new deck on the ship Mazarine began many months before its arrival in Gdansk. The sections, assembled from previously prepared blocks, at the moment of Mazarine’s arrival at the shipyard, were already prepared for the connection and construction of a new ro-ro deck. Using the REM-220 floating crane, all six sections were transported by water from the REM-LIFT 25000 submersible barge to the Mazarine ship.

After the installation of an additional deck and ramp, the ship was taken to the dock for maintenance and painting repairs. While docking at the dock, a full range of mechanical work was carried out, including inspection and comprehensive overhaul of the steering system.

After tracing the entire underwater part of the hull, silicone paint was applied. The whole superstructure was also refreshed from the outside with new sections, which at the stage of prefabrication were already painted and armed with the necessary equipment only inside. The new decks and enclosed spaces where the works were carried out during the reconstruction were also subject to conservation.

After the completion of the steel works, pressure tests of pipeline systems and electrical systems were carried out, followed by handover and acceptance tests. Despite the unfavourable weather conditions (strong wind blowing for several days and constant rainfall) which made it difficult to carry out the works in the open air, the reconstruction of Mazarine was carried out according to schedule.

After the departure of Mazarine, two days later another unit, Palatine, was received, on which the reconstruction works are currently underway. Last Monday – 11 November it was docked.

At the same time, prefabrication works related to the reconstruction of the third vessel – Vespertine, whose arrival is planned for the beginning of 2020, are in progress. The prefabrication of metal sheets for the construction of blocks has been completed, as well as works related to the preparation of the first sections of the new deck for this vessel.

Below in the pictures:

Mazarine influences the shipyard on the reconstruction, works at the dock, the view of the renewed lower ro-ro deck, the new entry ramp.