On Friday, February 20, 2015, Remontowa Shipbuilding, member of the Remontowa Holding capital group, saw the spectacular sideways launching of the arctic supply vessel. The newbuilding, designated B202/1 is the first of the two smallest vessels from the contract covering five ships for Danish (Greenland) owners Royal Arctic Line (RAL). The launch of the ship tbn Ivalo Arctica was the first one in 2015 and the 993rd in the yard’s history.

Let us recall October 2013, when the contract was sealed for the construction of five ice-classed container and supply ships in three various sizes and designs, destined for Greenland’s Royal Arctic Line (RAL). According to the contract, Remontowa Shipbuilding SA is to build one 606 TEU vessel for RAL’s international services, as well as two approximately 108 TEU ships and two 36 TEU ships for the carrier’s Greenland coastal routes.

The two smallest ships, featuring 36 TEU capacity each and some passenger capacity, are destined to replace the old “village vessels” and will be busy in the settlements supply year round. The first of these smallest ships was the one launched on February 20, 2015.

The new arctic supply container-ships (of RMDC 2880 ACV 36 TEU design) have been designed at Remontowa Marine Design, member of Remontowa Holding and are DNV GL classed. 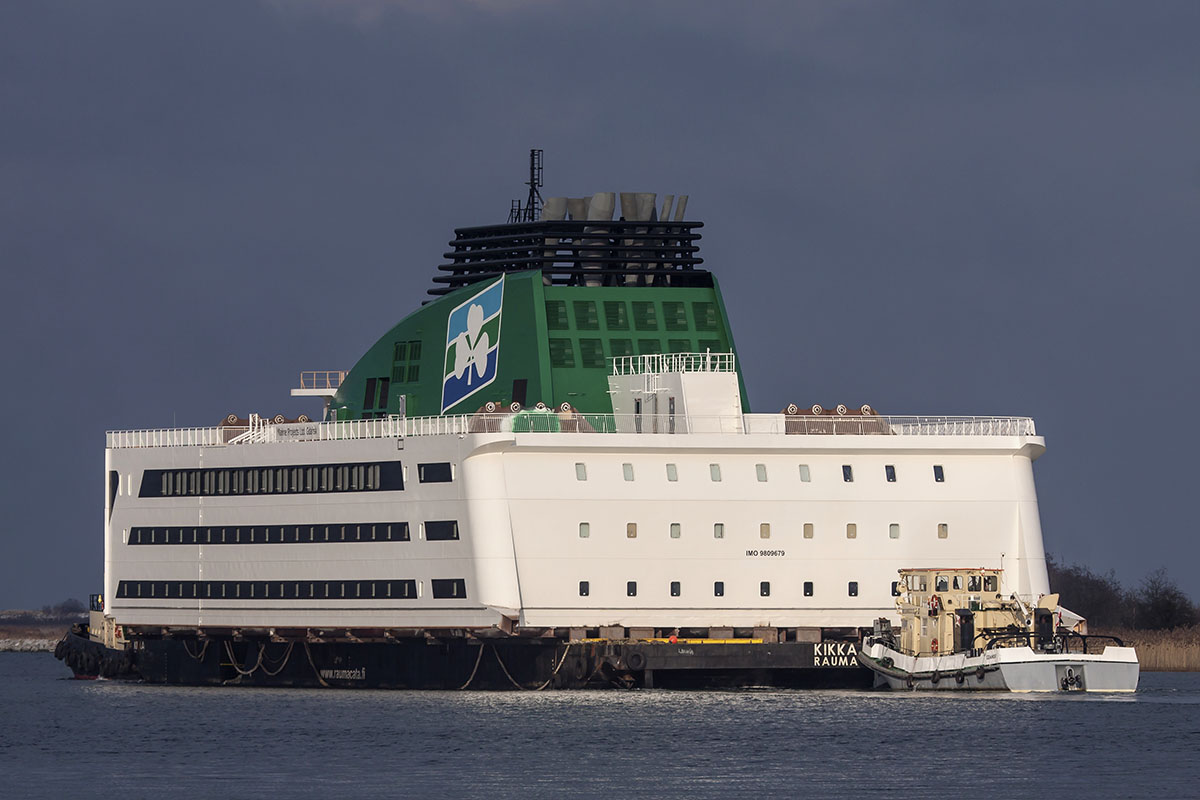